Go Ahead gain, Arriva walk away

Two UK bus-related news stories made the trade press last week. First was the shock announcement on Tuesday that the potential for a deal between Arriva and SNCF's Keolis transport company was off the cards, followed by Go Ahead's purchase of Norfolk-based Konnectbus on Wednesday.

It would seem that the French transport sector really is impenetrable for a UK bus/coach company. Go Ahead dabbled unwisely a few years ago, to its cost, and no one's attempted to have a go since - not until Arriva announced last month that it was in the very early stages of negotiation with the French state railway umbrella company, SNCF. Arriva is by and far the most suited of all the 'big five' here in the UK to forge operations in France. Not only would the Keolis business here fit within its already strong European portfolio, plugging a France-shaped void in its countries of operation, it would also take Arriva's operation into Canada. 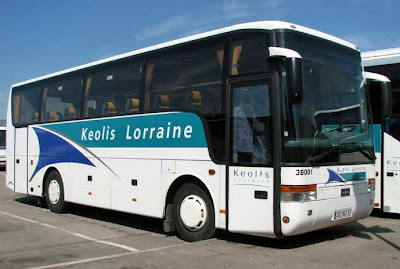 Keolis operate coach services in the Lorraine area of France.
If Arriva can't do it, what hope does that give to Messrs Souter and Lockhead?

Keolis had a minority stake in the world's oldest municipal bus company - Eastbourne Buses - but sold this when the council there allowed Stagecoach to purchase the company in 2008. Keolis only have railway interests here in the UK now - in a joint venture with First, operating the Transpennine Express franchise, and with Go Ahead in the GoVia business, who operate the Southern, Southeaster and London Midland TOCs.

Keeping with Go Ahead, the company's purchase of independent Konnectbus of Dereham, Norfolk, on Wednesday came from left-field. Over the Christmas break, neighbouring Ipswich was in discussions with Go Ahead for a very sizable stake in its council-run business, though we await further details of this deal. Like the Ipswich deal, Konnectbus would appear to have dealt exclusively with Go Ahead, much to the annoyance, no doubt, of the major operator in East Anglia - FirstBus. 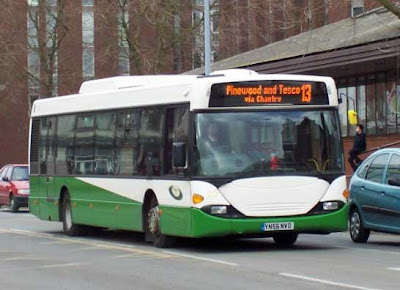 Ipswich Buses is still council-owned and run and even if the potential deal with Go Ahead is agreed, the local council will still own 51% of the company's shares. However, the 49% stake Go Ahead will have may make the Konnectbus business a little easier to run.
Konnectbus was actually founded by two employees of the antecedent company to First in the area, Eastern Counties. Busmen Steve Challis and Julian Paterson formed the company 11 years ago and clearly new their market well. They operate spotlessly clean, well-presented vehicles and their company is regularly featured as a finalist in national transport awards. In many ways, the brand image, unique to the area, is something you'd immediately associate with Go Ahead - we'd go so far as to say the company could well be mistaken as part of Ludeman's fold already. 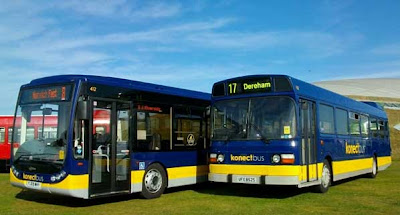 Presently, though, Konnectbus is about as lone a speck on Go Ahead's map of the UK as Gibraltar is of UK territory on a map of the world. The operation would have to be stand-alone in every sense of the word. There would be no efficiencies to be had here in its present state. Perhaps the nearest bus operation Go Ahead possess is in London. The Konnectbus company is also relatively small, too, with between 35-40 vehicles operational. Again, efficiencies here will be difficult to achieve. But then again, if the company's in as good a shape as we're lead to believe, would they need to make these efficiencies? Go Ahead's shareholders would surely have an opinion at this point!