Arriva to merge with Keolis?

Yesterday, confirmation came of a meeting that had taken place between Arriva and SociétéNationale des Chemins de fer Français (SNCF), the French state railway umbrella organisation, about a possible merger with the latter's Keolis transport operation.

Arriva is certainly the most European of our home-grown passenger transport companies, and the company has enviable experience in the operation of bus and train networks within the European Community - and outside of it - so the fact they've approached SNCF about a potential merger with Keolis is less surprising than if it were another one of the 'big five'. 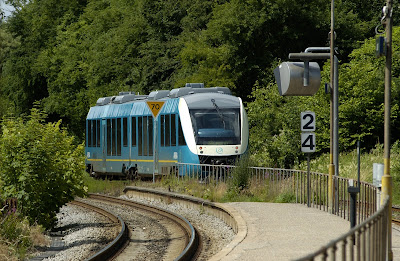 Arriva operates trams in Denmark, with their attractive turquoise and white livery immediately recognisable.
As you'd expect, Arriva's share price rose by 6.3% to 430.30p each, valuing the company at around £930 million. The company employs 44,000 people across Europe, operating in 12 different European countries. Keolis employs 40,000 people, so the scale of Arriva's possible gain is clear. 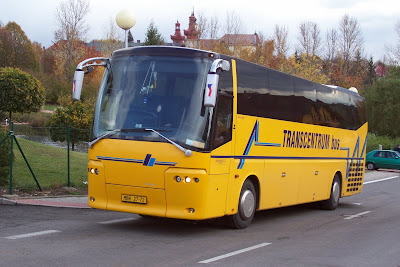 Arriva doesn't operate at all in France and with businesses in most neighbouring countries, Keolis could be a neat fit - not that Keolis operates exclusively in France! They company has a minority shareholding in the GoVia business with the Go-Ahead Group, who between them operates three UK rail franchises (Southern, Southeastern and London Midland) and are partners with FirstGroup in the Transpennine Express franchise. Elsewhere, Keolis has a presence in a further 5 European countries and unlike Arriva, they are virtually State-side, with two large Canadian coach companies in their fold: Orléans Express and Acadian Lines. 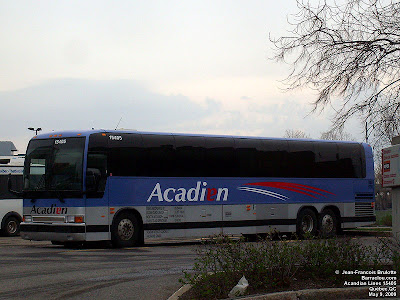 Acadian Lines of Quebec is owned and operated by Paris-based Keolis. The operation could come under Arriva control if the deal goes ahead.
Arriva said of the deal that they confirmed "it has held very preliminary discussions with SNCF regarding a possible contribution of all or part of Keolis' transportation business to Arriva to create a significantly enhanced and leading European transportation business. The board affirms that discussions are at a preliminary exploratory stage and there is no certainty that any agreement will be reached."

The French transport sector is incredibly difficult to get into, mainly due to the anti-British stance many of the nationalised industries there have. A few have tried, but all have failed. Could Arriva be any different? They stand the best chance we think: they have a strong European portfolio already.