Amidst the controversy surrounding the Competition Commission's decision to force Stagecoach to divest its recently acquired Preston Bus business, you may be forgiven for overlooking a news story that's been doing the rounds long before Stagecoach's 'citi' network came to town: that of the demise of Preston's bus station. 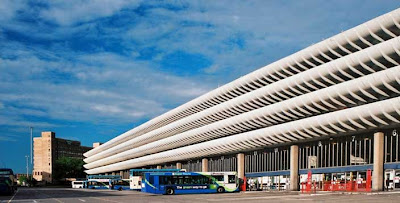 M'colleague and I have visited and called via Preston's very striking and simply humongous bus and coach station on countless occasions. The last time I personally paid a visit was during the wee small hours while some associates and I made a little trip from Scotland to Cornwall.

Yesterday, the government gave the green light to the destruction of the station in favour of a John Lewis departmental store. On one hand you have council officials claiming the station is too large and costly to maintain and on the other bus users and operators are of the opinion that the station's sprawl makes vehicle manoeuvres and lay-overs simple, easy and straightforward. There is, however, an overall desire to and acceptance for change.

Built in 1968 and opened the following year, Preston's Keith Ingham-designed eighty-stand bus station has the claim of being the second largest bus station in Western Europe. 'Back in the day', Preston Bus departures would generally take place from the western side and Stagecoach's from the eastern, along with coach departures. Above the eighty bus bays is a five-floor multi-storey car park, able to accommodate 1,100 cars. The 'brutalist' structure looks unique due to its distinctive curved layers - a feature actually designed in due to cost restraints. 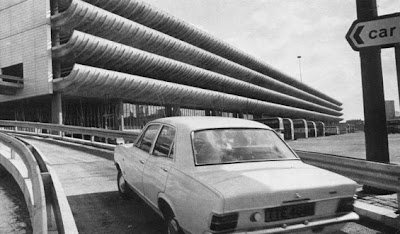 We understand that Stagecoach is now in overall control of the bus station, receiving it by default from Preston City Council after purchasing the local authority's arms-length bus operation.

The station's demise has been on-the-cards for over a decade, with those in favour of retaining this special site forcing English Heritage to apply for Listed Building status in 2000 - an application that didn't bare fruit. Plans to redevelop this area of the city centre were now well advanced. The £700 million Tithebarn Redevelopment, its official title, planned a new, smaller bus station as well as a brand new shopping complex, with a John Lewis store planned for the current bus station site. 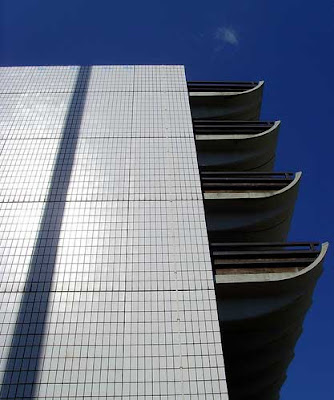 The non-central location of the station and claims by local councillors that a reduction in the number of people using the car park above was being seen were strong factors in the government's recent decision to not grant the station Listed Building status, thus giving the go-ahead to its demolition. 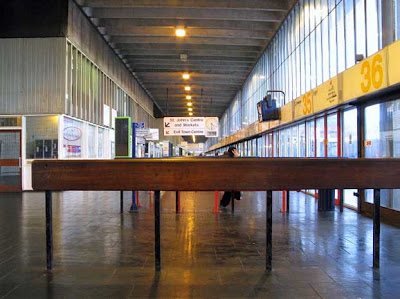 The interior does look more tired than the outside and numerous bus bays are not used as the city's contracting bus network simply isn't large enough to occupy all eighty bays.
On the side of progress, Preston City Council's leader Ken Hudson said: "The building is an eyesore and is simply not worthy of being listed. It is too big, expensive to maintain and does not meet the needs of modern day bus passengers. At least now we can focus on securing planning permission for the Tithebarn development, which includes proposals for a brand new, state-of-the-art bus station that is fitting for the city of Preston."