The Problem with Trams

Undoubtedly adding light rail to an urban area’s transport portfolio is a step forward. Always. When, in modern times, has the imposition of trams to the roads of any British city centre resulted in a tangibly negative effect? There are what feel like long-term frustrations as the infrastructure for a new light rail network is put in place and, more recently in the case of Edinburgh, negative stories in the national press concerning poor financial planning, scheme scale backs and the resignation of board members.

So it was on 26 March that I finally found time to visit this new light rail system in Edinburgh, just over two years since the system opened. I only had the afternoon in which to spend in Scotland’s capital city, from 1530 to 1830, and during this time every tram I saw was incredibly busy. 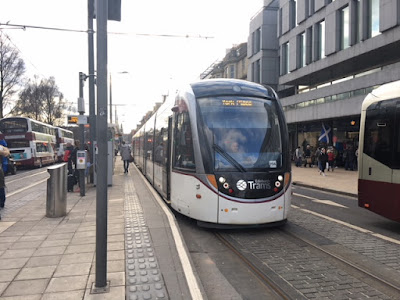 I made a couple of trips aboard Lothian’s new(ish) hybrid vehicles between Princes Street and Gyle Centre and then headed in the same direction aboard the Edinburgh Tram. The frequency was headlined as a tram every 3–7 minutes, which is very frequent (are any other British tramways offering a 3-minute frequency?) but specific timings weren’t shown.

Once on board one of these heaving machines, it suddenly dawned on me that if these seventeen CAF Urbos 3 trams had as many seats in them as the Siemens-Duewag trams plying their trade along the metals of the Supertram network in Greater Sheffield, they’d look far less busy. The layout of more modern trams that, from my own observations, started with Nottingham’s, is such that they’re crowd carriers first and foremost, and offer comfort to those fortunate enough to find a seat, second.

Edinburgh’s trams seat 78 while Sheffield’s seat just ten more. But while Edinburgh’s have been designed with all areas as low as possible, to enable standees the full length of each tram, Sheffield’s haven’t. Theirs have a high section in the centre coach, considerably more conducive to sitting and admiring those steep gradients around the Manor suburb. 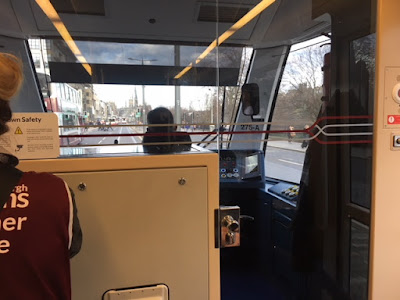 I fear that those, like me, who like to sit in comfort when travelling on a tram are being ignored by the case to cram as many souls on as possible. Edinburgh’s trams were very popular and for all of their route they mirror local Lothian Buses services, as well as that operator’s premium Airlink routes. It could be seen as justifiable that new tram design seeks to minimise seating as a whole, in favour of standees. After all, this has been the case for many years in the rail industry, with London Overground’s Class 378’s being open-plan throughout their 5-car entirety. Thameslink’s new Class 700s are similarly designed to look almost as open-plan as the ‘378s’, save being punctured in the middle of these 12-car formations by an accessible loo.

This is a far cry from the bus industry, where faux-leather seating, mood lighting, fake laminate flooring, free wifi and at-seat charging points are standard on most operator’s new buses. Most seats tend to be high-backed, affording the weary traveller the option of a little snooze. Yet Thameslink’s ‘700s’ have only seating that enables you to rest your head.

Edinburgh Trams contacted LEYTR to say that their passengers typically travel on their trams for less than 20 minutes and so would benefit little from this tech. That’s fair enough – not everyone dutifully hands over as very reasonable £4 to travel all day on their and Lothian’s services for fun – and so have lower expectations seeing the tram simply as an option to get from A to B.

That said, I bet had this been available 20 years ago trams of that era would have come equipped with it. Supertram for sure. West Midlands Metro definitely.

The rail industry is trying its best to manage phenomenal growth. The bus industry, sadly, is managing overall decline. Tram networks, judging by the most recent operational data, are in the rail camp. Crudely, I suspect that if they were facing declining passengers and revenues, they’d suddenly hit on the idea of making their vehicles more inviting and places you’d actually like to spend some time. Cue USB charging points, leather seats and laminate flooring. 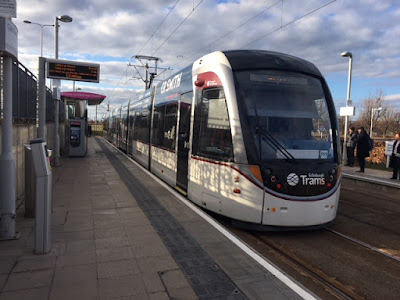 Until then I feel that I should probably be grateful that my opening gambit still rings true. Trams are a phenomenal success story wherever they’re operated. These urban transport systems are perpetually being expanded. For the foreseeable future, those in the minority who like to travel on trams for leisure will probably have to tolerate declining conditions of comfort, happy in the knowledge that they’re continuing to be the runaway success story they’ve been since Manchester opened its second-generation tram network in 1992.
Posted by LEYTR

Rail industry is good for travellers however people also park their car at the airport then they fly to their lovely destination. airport parking deals