1995 was a milestone year for Optare - its tenth anniversary. Formed with bus deregulation around the corner, its was initially well-placed though problems came in 1993 when United Bus collapsed. However, one decade on, Optare was offering a full range of models: Prisma, Sigma, MetroRider, Spectra and the Vecta being some of the most popular at the time. 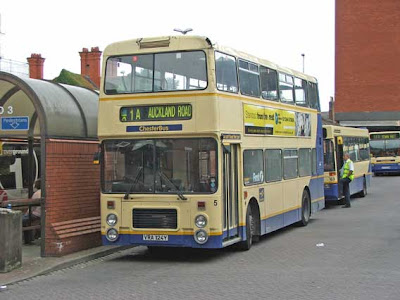 ChesterBus was very much a municipal operator in 1995.
1995 was a year in which Dennis celebrated its centenary. Having developed an uncanny nack of being in the right place at the right time, Dennis had success after success: look at the Dart and its SLF variation. A vast range of Dennis models were offered, from 8.5m citybuses and coaches to 12m 'deckers. The Lance was being modified to offer the first low-floor version bought in decent numbers. The Javelin was one of the most popular coaches of the time.

1995 was the year when Badgerline and GRT merged to form FirstBus. Back then, FirstBus was the second-largest bus operator in the UK after Stagecoach. The 'Bus' was dropped following subsequent successes during rail privatisation, in favour of 'Group', though latterly simply stating 'First' seems to suffice. Grampian Regional Transport (GRT) was the first Scottish local authority-owned company to be sold and Badgerline took advantage of one of the first English sales, Bristol Omnibus. 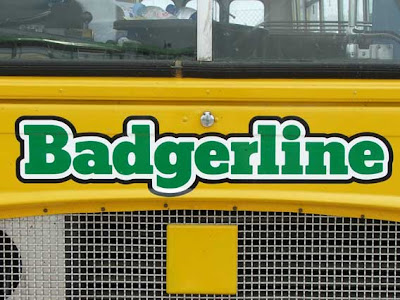 The Badgerline name started to disappear from buses (and ties - Ed!) in 1995.
1995 was the year that Trent Buses introduced rare Alexander (Belfast) Q-bodied Volvo B10Ms to its Rainbow 1 'Transpeak' service, linking Nottingham and Derby with the Peak District and Manchester. The service today operates the full-length journeys using Plaxton Premiere Interurban-bodied Volvo B10M coaches in a special all-over green 'TransPeak' livery, having lost its Rainbow-branding and route number many years ago. 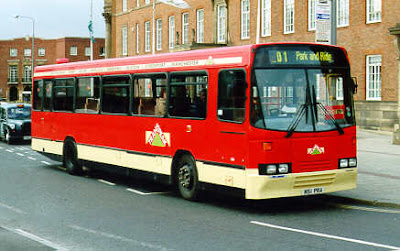 Unusual-looking Alexander Q-bodied Volvo B10Ms were making appearances on the flagship R1 route between Nottingham-Manchester in 1995. Ironically, the one posed for this shot is working the D1 park & ride service to the Meteor Centre in Derby!
1995 was the year when Stagecoach was still in the news following the previous year's antics in Darlington, having forced Dartlington Transport to cease trading after it set up competing services that didn't charge passengers to travel. Slowly, new vehicles were being introduced to the town, providing some interesting shots from my archive: Dennis Falcons in Stagecoach stripes alongside brand-new Northern Counties Paladin-bodied Volvo B10M-55s. 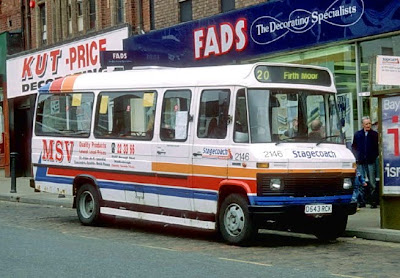 Many put the Competition Commission's comprehensive scrutiny of all Stagecoach's acquisitions down to its antics in Darlington in 1994. Inherited were ageing buses such as this Mercedes-Benz L608D, new to Ribble in 1986.
1995 was the year in which the low-floor bus took off. Previously, very few examples had been ordered, mainly due to the average 15% increase in overall cost to the conventional step-entrance single-decker. The Dennis Lance SLF was the first example to be sold in any real quantity. Another example is the Scania MaxCi, of which Midland Red took examples for Shrewsbury. Greater Manchester opted for the not-quite low-floor Volvo B10B, but chose to advertise it as a low-floor 'superbus' in any case. Ulsterbus placed an order for 60 Volvo B10Ls - a proper low-floor bus . Nottingham took delivery of one of the first Scania L113s. On mainland Britain, Rider York was the operator of the year to have the greatest number of low-floor buses in its fleet: 20 Scania L113/Wright Axcess-ultralows. 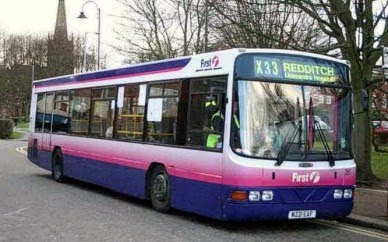 The Dennis Lance SLF was purchased by Badgerline and additionally by First once the merger with GRT had happened. Seen here, bound for Redditch, is one such example.
1995 was the year when the latest guided busway in Leeds opened, on Scott Hall Road, running north from the city centre. This scheme cost around the £2 million mark and while it is much smaller in length to the delayed Cambridgeshire example - due to open any time now - the proportionate cost is greatly reduced.

1995 was the first full year of privatised bus operation in London. CentreWest, London General, London United and Metroline had been sold to their workforces; East London and Selkent had been sold to Stagecoach; Leaside and South London had been sold to Cowie; London Central went to Go-Ahead and London Northern was bought by MTL Holdings. The London privatisation netted the government £233 million and a total of 4,795 buses were involved in the sale. Transport Minister Steven Morris decreed that all London buses must be 80% red, and many liveries were disappearing to conform. (GWB)