At last the wait is over. A date has been set for the passing of the East Coast franchise from NEG's National Express East Coast company to a DfT arm's-length company, East Coast Railways: 2359hrs on 13 November. I think effectively this can be referred to as "from the start of play on 14 November". 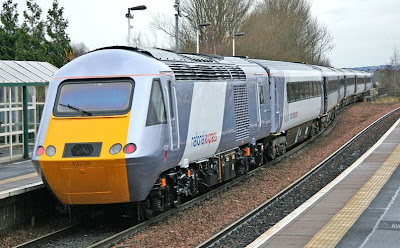 This is the first HST set to be painted into NXEC livery, to coincide with the company's start-date of the East Coast franchise in December 2007. Subsequent repaints were few and far between. Until at least 2011 no further repaints are expected.
The handover includes all assets - including staff, and Transport Secretary Lord Andrew Adonis has once again stressed that passengers will see no change to service. They will, however, notice a slight alteration in the way the trains look, with new East Coast Railway vinyls being attached. While this procedure is fairly straightforward on trains carrying their *former former* operator's livery (GNER), how they'll apply them to those (mainly HSTs) that are adorned in NXEC silver and white, without looking out of place, is less clear.

"So what? It's just a name; provided the level of service doesn't drop below that which it already is, I'm not bothered!" commented a senior rail insider when we called for our fortnightly gossip. He's right, of course. 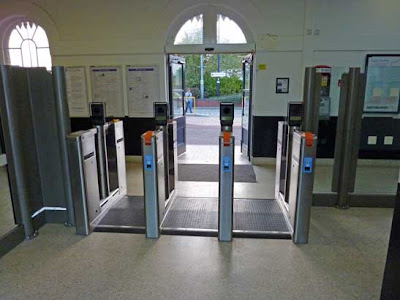 The installation of ticket barriers at its controlled stations along the East Coast Main Line have been particularly controversial, with their installation legally overruled at York. Seen here, days before they were activated, are barriers at Newark North Gate.
Upon first operating the East Coast franchise, I remember regaling the rest of the LEYTR Committee at one of our thrice-yearly meetings, that rather than witness a slight drop in standards, as was feared back then, I found the level of service had actually improved. Specifically, on the first-class journey I'd taken in January 2008, at-seat menus had been added to all tables - something GNER hadn't done. I also preferred the look of the quasi GNER-NXEC livery, with NXEC's white stripe running the full length of the Mk3 & 4 carriages, compared to GNER's red.

Since then, however, things have gone downhill, with the reduction of trains offering a full buffet service to just single figures, above-inflation hikes in fares; unpopular barriers installed at numerous stations across the franchise area; the lack of re-paints; a surreal story about see-through tops for its female staff, forcing the GNER blouses to live on well into 2009; and most importantly of all, the company's inability to build on the excellent work GNER had done to grow the line and to innovate, thus continuing to ensure the East Coast franchise remained part of the pantheon of the UK's inter-city network.

A GNER dispatcher is seen here on the eve of that operator's demise.
It also means yet another name change for the eye-opening NXEC Commuter Blog - started during GNER tenure, though having seen little activity of late (we understand one of its regular contributors has since stopped commuting to London). Its archive is well worth a trawl through; some entries really do encapsulate the frustrations felt by the hard-done-by train commuter. 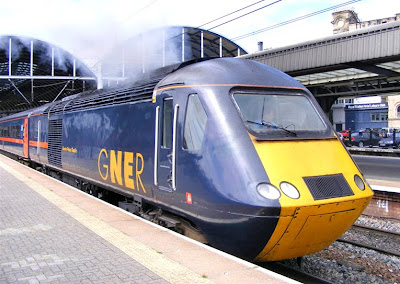 The red stripe and doors looked fine while the norm during GNER days, but today the dark-blue doors and white stripe added as a stop-gap to the carriages by NXEC seems a lot better.
The DfT has made clear that the East Coast franchise won't be re-let as soon as possible; instead stability government-style will be brought to the route in the short-term, with tenders unlikely until the end of 2010 for a new operator to commence operation in 2011. Some insiders feel that the DfT should run the franchise in-house for the foreseeable future, as a showcase of how a train operating company should be run. Personally, running railways harps back to the 90s and no government - irrespective of their political persuasions - wants to be connected to policies seen as 'yesteryear'. No doubt Lord Adonis' intervention was the sole reason the franchise wasn't re-let within a year. (GL)

Our Farewell to GNER entry can be read by clicking here.