They just don't get it, do they?

Someone is telling lies in the rail industry at the moment!

While reading a copy of the London Evening Standard today, I felt my blood start to boil. The subject matter was, yet again, the perceived nuisance posed by rail hobbyists at train stations here in the UK. 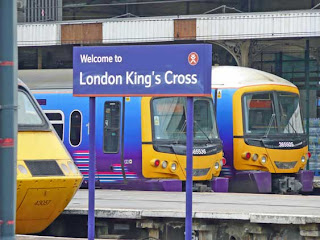 Read on: shots like this could soon be banned
Why is it that National Express East Coast (NXEC) seems to inextricably put its foot in it at the worst possible moment? They spend hundreds of thousands of pounds on customer relations and yet permit one of their middle managers with a loose tongue to speak with the Unions who then, so outraged, go to the media. This is then denied by NXEC and confusion reigns supreme. 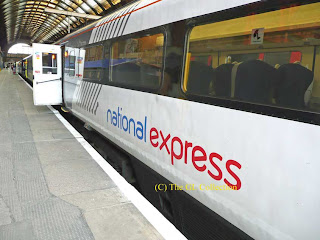 Could NXEC not want this type of shot to be taken in the future?
There have been comparisons between what the TSSA Union claims NXEC said it plans to do to rail hobbyists "without exception", to that which occurred in East Germany before the Iron Curtain came down: essentially, NXEC sees people taking photos and noting down train numbers as a "security risk" and will ban them from its stations once they're fitted with automatic ticket barriers. 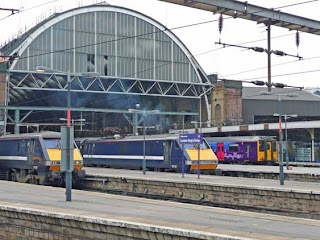 Quite obviously this shot poses a risk to national security
While NXEC has denied that it has any intention of barring hobbyists from its stations, the firm was quoted in the Evening Standard implying that a mix-up had occurred over discussions at York station - one of its first mainline stations to be equipped with ticket barriers. NXEC says that, obviously, free entry to the station will not be possible with the gates' installation though they do plan to permit to issue "station passes for anyone wanting to say goodbye". You'll notice they chose not to include "...or spend time on the platforms spotting and taking photos". 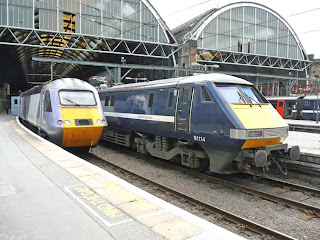 As does this one....
As we've mentioned on numerous occasions, thanks to the efforts RAIL magazine has taken over the past year, the Chief Constable of the British Transport Police (BTP) said:

I can confirm that there is no power to stop members of the public taking photographs on railway premises for personal or legitimate purposes. Whilst officers are encouraged to actively engage with the public it is important that their actions are not seen as restricting people from enjoying a lawful activity. 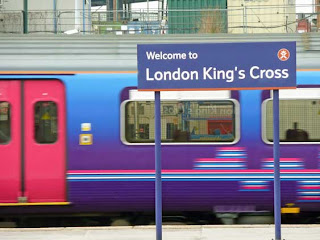 ....and this one - all those colours - quite obviously the catalyst to committing a terrorist act on British soil!
And we are happy to link to the BTP's own web page detailing guidance for rail hobbyists.

It's also worth pointing out the other 'biggy' with NXEC's planned ticket barrier-installation at York: when complete it will prevent access to the National Rail Museum via the footbridge that was built specifically for this purpose; also open-access operator Grand Central has lodged a formal complaint that the barriers will prevent its passengers from purchasing tickets on its trains - a policy it, along with other open-access operator Hull Trains, welcomes - and should be congratulated for doing so as their on-board fares are no more expensive to those purchased in advance. 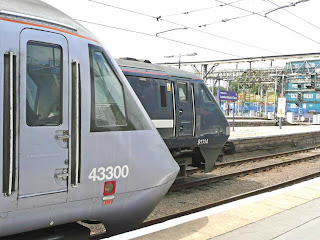 We hope you've enjoyed our short pictorial of London King's Cross. Long may it - and the possibility of doing something similar at other NXEC-controlled stations - continue!
So, there you are. At a time when NXEC is in the news almost daily with commenters wondering if it will financially cope in the recession, to stories about how it is considering "anything" - including the withdrawal of its entire on-train catering business to save £20mil - it never fails to slump to new depths.

Who's not telling the truth, the whole truth and nothing but the truth? The Unions or NXEC? If I was a betting man I know where my money would go! (GL)