Two opposing opinions towards whether or not including some form of minimum standard of customer service in rail franchises or the d-d-dreaded Quality Bus Partnerships should occur was highlighted in a recent edition of Transit.

In the No Camp is Brighton & Hove md Roger French who overwhelmingly believes that a private company looking after their own passengers in their own way is the right balance. Of course, he would think this being at the top of a private bus company who currently enjoys looking after its own customers in its company's own way. 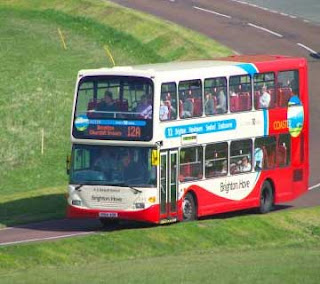 Brighton & Hove wish to see no minimum benchmark for customer service. They're happy doing things the way they are.
Unsurprisingly First UK Bus' business director Alex Warner agreed and used the rail industry as evidence: Chiltern Trains, who has an acknowledged customer service record with its passenger does so along the lines Roger French mentioned. There is no requirement for a minimum level of customer service in any rail franchise yet Chiltern and Midland Main Line under National Express ownership choose to do this as they believe it makes good business sense.

Perhaps one of the strongest points made against the introduction of any guaranteed customer service benchmark was by French, who felt that ".. you can't set a standard. How are you going to do it? What degree of rudeness are you going to tolerate? It's a no-no. You're either pleasant and happy and give a good service or you don't."

Sheena Pickersgill of West Yorkshire PTE Metro spoke up for those in the Yes Camp, believing that there ought to be a minimum standard of customer service. As with the directors of Brighton & Hove and First, working for a local authority she was very likely to hold this position. PTEs are great exponents of Quality Bus Partnerships (QBPs) - bus companies are not as they fear, amongst other things, that their autonomy to run privatised bus services in the way they were intended is being compromised. This hasn't stopped a few of them signalling their intention to sigh-up to QBPs though!

Pickersgill commented that in the Metro area, they have an average of 1.1 bidders for each tender that arises periodically. She believes that this shows competition in the bus industry is not working; if it was the number of bidders would be significantly higher. "It should be a case that if a bus operator is failing in its customer service obligations we can go to the market and find a new operator, but with just 1.1 bidders per tender it's just not possible."

First Class Partnerships' Neil Atkins believes that increased regulation in London has been a direct result of the increases in customer service in TfL's 'pond' and therefore infers it to be a good example for some kind of mandatory customer service to be built into other regulated bus services.

First's customer service/comms director Leon Daniels made perhaps the most salient point about customer service in the bus industry. Having spent a day vising a Sansbury's superstore it suddenly dawned on him that the staff there had 'back stage' and 'on stage' attitudes. While they were on the shop floor, stacking shelves or working the tills, they were friendliness and helpfulness personified, yet 'back stage' the training DVD didn't work, printed training material was poorly produced and customer service training was drowned out by the sound of the adjacent canteen. 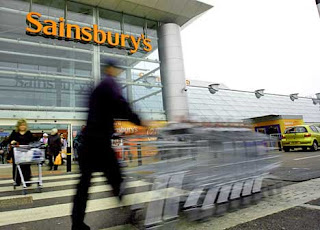 From pushing trolleys in the car parks to working on the tills, Sainsbury's was noted as employing people who knew how to 'turn it on' in front of passengers and First wishes to improve its customer service in this vain.
Yet Sainsbury's employees' ability to switch from 'back stage' to 'on stage' the second they entered the public areas of the store was what needs to be addressed in the bus industry, he feels. I agree totally that sometimes bus drivers are always in 'back stage' mode with passengers when they should be in 'on stage' mode. It's not always easy with road users cutting bus drivers up and the appalling attitudes of many teenagers, but certainly First are willing to go down this particular avenue to see if it produces an improvement. They plan to give every single member of their UK Bus workforce a half-day training session to this effect. (CW)