Not the best move

Yesterday, you may have read about a very fraught journey for passengers aboard the 1820 Scotrail service from Glasgow to Oban on Sunday evening and how the front car derailed, caught fire and lay stricken, inches away from a 50-foot drop.

Contrast this with the journey new Transport Secretary Philip Hammond took last Wednesday. He was chauffeured from his home near Sloane Square to Marsham Street in Westminster (where the DfT can be found), a distance of just over 1 mile and most certainly not in a manner befitting his new Dear Leader's stance on such gratuities. 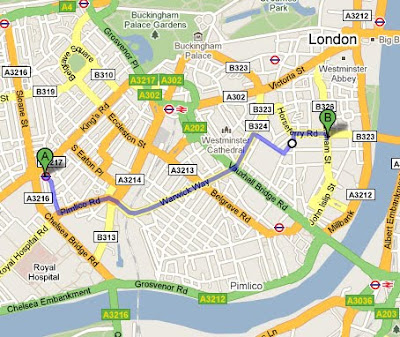 It's not the sort of start to a tenure in office that, when placed in the context of the current economic climate, we would expect of the man at the helm of the government's transport agenda. We're not saying his predecessor Lord Adonis jogged everywhere, but this didn't stop the Labour Party from getting the boot in: "It's clear that Mr Cameron's pledge to get ministers out of their chauffeur-driven cars was just a hollow promise. They still want to ride around in luxury rather than walk to work on the sunniest of days - or use public transport like millions of others."

In their defence the DfT said that in order to make use of the Transport Secretary's time in the most efficient manner, he is occasionally chauffeured from place to place but that this is, on average, just one or two times per week. It's just not the most efficient use of taxpayers' money, though!