The BBC, and indeed all news channel providers, chose not to openly reveal which MP had been awarded the responsibility for Transport in the recent job bonanza in the same manner to which they'd reported on the 'top jobs'. Many people could be forgiven for not having heard of Philip Hammond, our newly-elected Secretary of State for Transport. 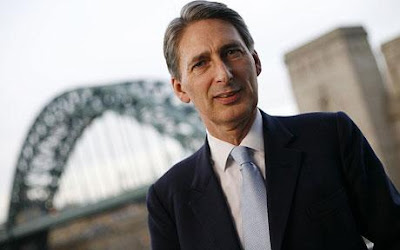 Approaching 55 years of age, this Essex-born Conservative politician is the Member of Parliament for Runnymede and Weybridge, joining the political scene as a MP following the outcome of the 1997 general election, in which he was one of precious few Tory gains, though this was widely seen as the result of boundary alterations, made on the eve of the election.

Like many MPs, Philip Hammond received criticism during the expenses scandal for claiming £8 short of the maximum allowances bestowed upon an MP. But what of Hammond's experience in the Department for Transport?

On the face of it, he's had little experience working with transport. While one of his first minesterial roles upon entering the House of Commons in 1997 was to serve on the Environment, Transport & The Regions select committee, all other shadow positions have been perhaps as far detached from transport as is possible - Health, Work & Pensions, Office of the Deputy Prime Miniser, Chief Secretary to the Treasury.

He had been part of the shadow cabinet since 2005 and was likely to be given a piece of the action upon the his party leader being sworn in as the new PM. Had Transport been given to a 'big hitter', such as Theresa May or Ken Clarke, you can be assured that the role would not have seemingly slipped under the radar. His lack of experience in transport shouldn't necessarily weigh against him - Lord Adonis had never worked in transport before, though had a passion for the railways, something that was borne out by those in the bus industry who felt frustrated that he'd always delegate matters here to his junior ministers.

Transport's relevance to the new Conservative-Liberal Coalition could be measured in relation to the cabinet appointments. David Cameron has ensured the positions linked strongest to the Conservative's core values have been filled with MPs who best reflect this - an EU-sceptic as Foreign Secretary; a hard-liner on immigration as Home Secretary. A relative nobody heading the Department for Transport, in this context, does not bode so well. An optimist would cite Hammond's position could afford the department 'blue sky thinking' from someone who's effectively been a transport agnostic for many years. A pessimist would argue that Hammond's appointment shows the new coalition feel Transport is very low on the agenda. The lower down the agenda, the quicker and deeper the cuts are likely to be.

The Private Eye enjoys an occasional column called Me and My Spoons, in which Hammond could feature, having once spent £24 of taxpayers' money purchasing eight of the type required to stir tea.