So. Farewell, then
Jack Bauer
And 24
Day 8 was your last
"Dammit"

For the uninitiated, 24 was an American serial drama whose remit was breathtakingly simple: 24 one-hour episodes in real-time, spanning a 24-hour period. While the main plot lines were reasonably believable enough, the twists and turns needed to pad out such a typically American mass run of episodes were far less plausible, though in our household, Sunday nights on Sky1 will never be the same again. 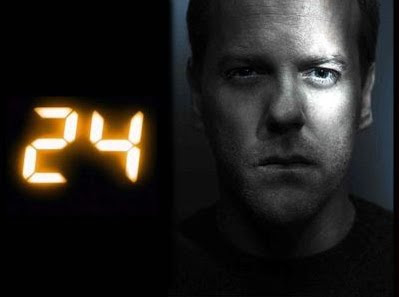 The eighth and final series (cleverly referred to as 'Day 8' throughout) was set on the island borough of Manhattan, New York City. This is a locality that the LEYTR visited in 2008 and to commemorate the end of an era - save the almost inevitable 24: The Movie, expect it to be released within 2 years - we've uploaded a dozen or so of our favourite transport shots, taken during our short time there. 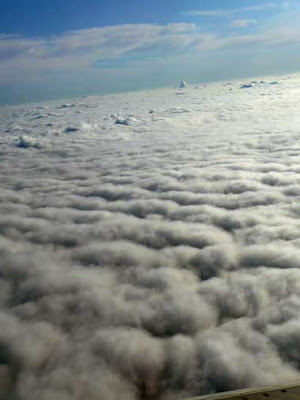 The series 24 is a little more travelled than the LEYTR Editors (only a little more!). Here we can be found 36,000 feet above sea level looking across the tops of the clouds 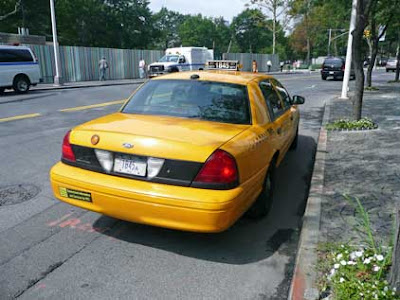 Upon arrival at JFK Airport we caught a cab to South Ferry at the southern tip of Manhatten. From memory, a set fare of $45 is charged per cab ride, excluding tolls that may be encountered. There are just over 13,000 yellow cabs in New York. 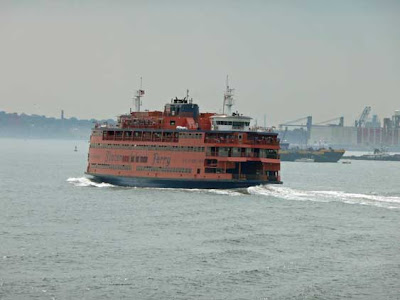 To kill a bit of time before we were permitted access to our hotel rooms, we made use of the Statten Island Ferry service, which links said borough with Manhatten, docking at South Ferry terminal 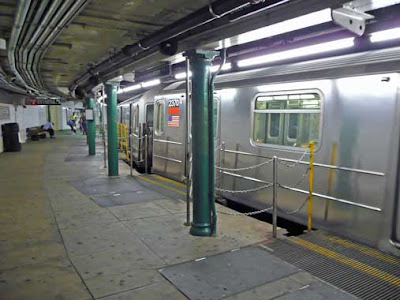 South Ferry Subway station became synonymous with the movie, The Taking of Pelham 123 (which had literally ended its production when we arrived). Unbeknown to us was that the Subway trains are all fitted with air conditioning - we boarded the first car (seen here) which had inoperable air con, but it felt no worse than the Northern Line in the midst of a heat wave. How silly we felt when locals about-turned and looked for a carriage further down. We soon sussed the error of our ways 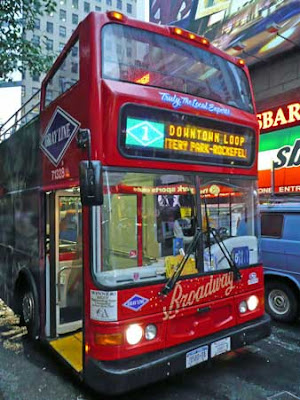 The best way to see, and indeed get around the hard-core touristy elements of, Manhatten is using one of the two main tour bus providers. We opted for Stagecoach subsidiary Gray Line, seen here at its Times Square calling point 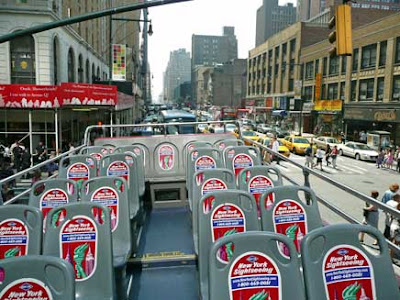 The seating is nothing to write home about - I've been on more comfortable MCW Metrobuses. But, with our visit coinciding with a heatwave, the top deck was the best place to be! 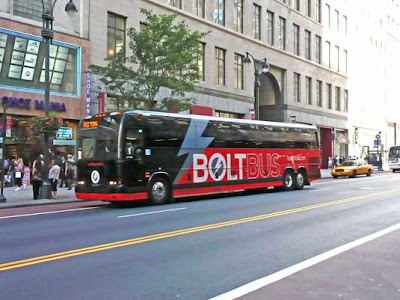 Talking of First, Bolt Bus is their attempt to get in on the inter-city low-cost coach market. Seen heading to the coach terminal - reputedly the world's largest 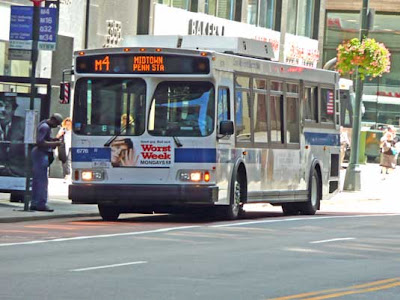 The MTA New York City Bus might provide a 'comprehensive network around New York City' but offer very few services on Manhatten. This borough must be one of the most sparsely populated for local bus services. The vehicles' capacities are very low and seem to offer a token gesture, if only to remind the yellow cabs that they do not have the island all sewn up. So poor is the service that we used the tour buses as local services. Other NYC borough see much better local bus service 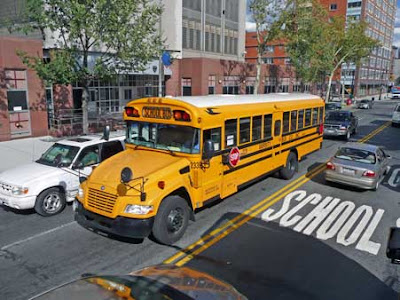 The iconic yellow school bus is something First attempted, with limited success, to introduce on our shores. Other local authorities have opted to paint their dedicated school services in an identical yellow though not marketed them in the same fashion as First did - identical to those operating throughout America. This bus was seen in the borough of Brooklyn. Gray Lines make use of the ADL Enviro500, deploying many of these examples on the tour bus routes in and around Manhatten. Seen here, mid-way through the Downtown Loop Tour is one such example 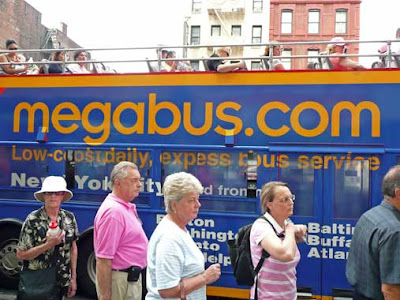 Megabus services were few and far between, though they're well advertised. Seen here on a sister vehicle owned by Gray Line/Coach USA is about as big an advert as you can get