In 1995 at Luton Airport, a relatively unknown Greek businessman did - with a £30 million loan from his father - lease two Boeing 737s in attempt to enter the short-haul passenger aviation market in a manner that saw all frills removed. The business was named easyJet and the businessman Stelios Haji-Ioannou. eastJet was floated on the stock market in 2000 and today Stelios and his two siblings own a majority share (£646mil) in the £1.7 billion easyJet business - an aviation company that carries more passengers to/from the UK than any other. 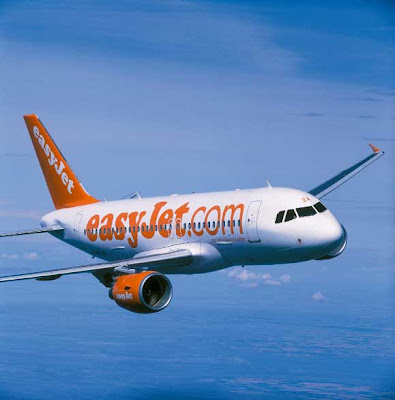 There have been simmering tensions between Stelios's easyGroup and the airline he founded following the airline's interpretation of the brand name it had been assigned by the Greek billionaire. Floatation, did of course, release the grasp Stelios had on the airline and at the same time he'd used the 'easy' brand to launch easyInternet. The airline agreed not to receive more than 25% of its revenue from ancillary on the back of its brand, which remained the property of Stelios' easyGroup - who resigned from the eastJet board last month citing his unwillingness to be gagged over the airline's performance.

However, both easyHotel and easyCar (hire agents) are direct descendants of easyJet and other ancillary activities include the charging for large and excess items of luggage. The point has now been reached where Stelios and his siblings believe easyJet is earning in excess of the agreed, permitted threshold of revenue from the brand and a two-year court case was instigated by the Chancery Division of the High Court is timetable to start very soon indeed.

Should the judge side with Stelios, easyJet could be forced to rebrand completely or lose the name of its associated hotel and car hire businesses. Either way, this is likely to see a cost to the company of between £50-150 million. Stelios claims foul play on behalf of easyJet who, when declaring the income from these ancillaries, do so with profit only, not the total transaction. 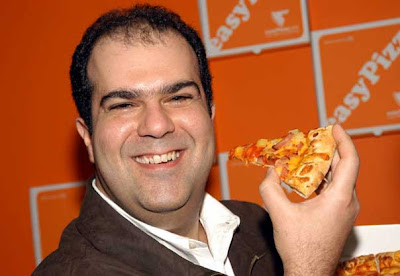 One of easyGroup's current project is easyPizza, as eaten by its founder, Stelios
It's not the first legal battle in which Mr Haji-Ioannou has found himself - in 2005 easyMobile was introduced whose branding was almost identical to that used by mobile phone provider Orange. This saw Stelios at the other end of proceedings and while an amicable settlement was reached, there seems no obvious way out of the pending court case other than for one side to blink. Stelios isn't short of a bob or two and will be hoping easyJet will be the ones to falter.

easyJet themselves seemed a little defiant: "As you will be aware, the view of our professional advisers Herbert Smith is that the company's interpretation of the brand licence is well-founded, and therefore the board does not feel it is right, in the interest of all shareholders, to offer material concessions to easyGroup." They're acutely aware of the potential costs involved and the knock-on effect this is likely to have to the business as a whole as passengers become very confused at the potential of a name change and the associated problems this caused with the retention of patronage.