Not for a considerable period of time have I genuinely LOL-ed at my computer screen (er, LEYTR work terminal). Thanks to the irrepressible Railway Eye, the sound of laughter could be heard when I saw this: 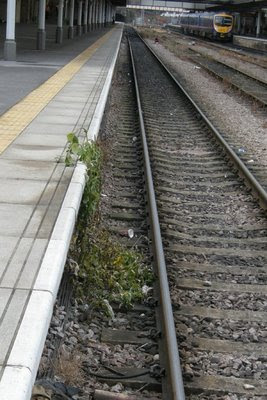 Now I know what you're thinking. Not the funniest weed you've ever seen, but stay with me.....

This Yorkshire weed, to be found growing at Sheffield station last year, was deemed so substantial that it made it into 8th position in the Railway Eye's 2009 Railway Garden Competition. The judges were particularly impressed with its versatility - it made an impressive trip hazard, too. 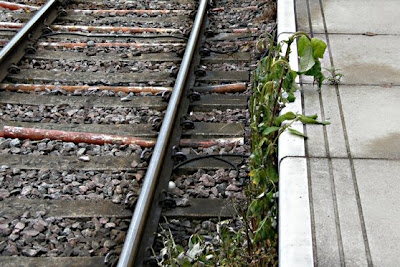 "In snow thou comest. Thou shalt go with the resuming ground." 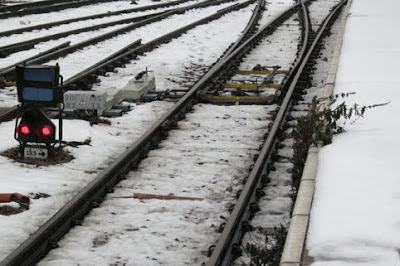 We Brits are all for the underdog, so I'm sure you'll be pleased to know that not only has Sheffield's award-winning weed survived the coldest winter for thirty years....

.... but has spawned literally thousands of offspring..... 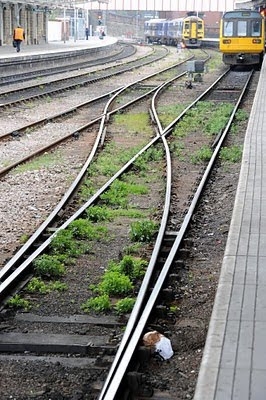