This autumn sees the 100th birthday of the famous London Transport Roundel. It was in September 1908 that those controlling London's Underground system chose to implement the sign's usage across the subterranean system, developing it from a style the London General Omnibus Company had been using since the late 19th century. 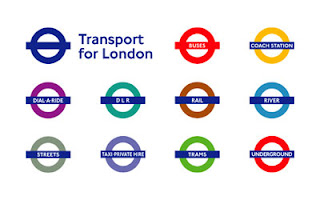 Since its widespread use across the Tube network, subtle changes have been made to the roundel, not least that since TfL was formed it's no longer reserved for the exclusive use of the Underground: visit the London Transport Museum and visitors can purchase Roundel keyrings displaying TAXI, COACH STATION and STREETS across its horizontal bar.

Combined with its slight variant of the Gill Sans typeface, the Roundel has itself become a symbol of London today.