A different type of hedging

Bus operators often hedge on the price of crude oil per barrel and the likelihood that it's as low as it's going to get, so place a huge order with a supplier to provide them with fuel for around a year each time. First are performing another type of hedge - a £1 million insurance policy in case a "proven sighting of the Lock Ness Monster" is made.

Let me explain.... The First Monster Challenge is a 120km duathalon that's being staged along the shores of Loch Ness on 13 September. As its name would suggest, First are the sponsor of the event. Following a survey of the competitors, First were a little shocked by the result: around 50% felt they believed that Nessie exists, so they chose to offer a prize of £1 million should a proven sighting be made during the event. 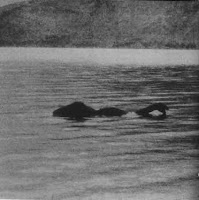 I don't think they're going to be out-of-pocket to the tune of a million, though certainly the request for the policy raised eyebrows at the Royal & Sun Alliance, who're underwriting the cash. Their trading director, John Woodman, said it was one of their more unusual requests.

Claimed sightings of Nessie have fallen in recent years, from three in 2006 to just two in 2007 and currently no sightings thus far in '08. As a Scottish company, First will no doubt be aware that a continued reduction in sightings of the Loch Ness Monster could lead to a reduction in visitors to that area and a little publicity like this could help 'reinvigorate' things.

Capturing Nessie would certainly be something worthy of a knighthood!
Posted by LEYTR