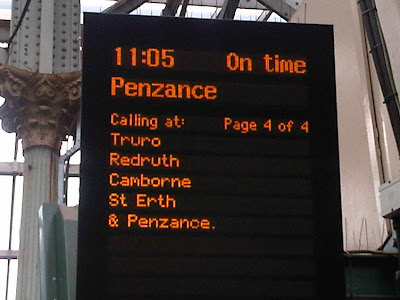 Today was the most uneventful of our week-long jaunt as it is the day that we sat on the same train for thirteen hours and twenty two minutes. 1V60 is the headcode for CrossCountry's 0820 departure from Aberdeen bound for Penzance, where it is booked to arrive at 2142. But before that, there is the small matter of last night's sleeper service to comment on. 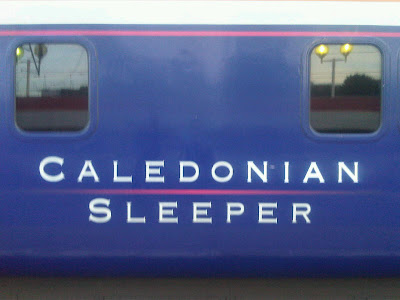 Platform 15 at London Euston was the place to be from 2030hrs when ScotRail's Caledonian Sleeper began boarding. The service runs six days a week (Sun-Fri) in both directions. A Class 90 hauls the sixteen-carriage train along the WCML to Edinburgh, where it splits into three separate trains, one for Fort William (the front four coaches), one for Aberdeen (the next six carriages) and one for Inverness (rear six carriages). We were headed for Aberdeen so headed to the carriage in which our booked berths were. Although it was Coach B, this was found slap bang in the centre of the train. 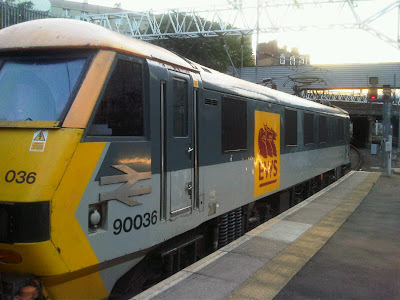 The set is stabled during the day at the Wembley depot and as it was humid yesterday the interior temperature was pretty impressive, more so in the berths than the vestibules and corridors. Our host (one per two carriages I believe) assured us that by Watford Junction we'd feel the air conditioning properly. This never happened. Otherwise, it was an excellent journey, as ever. The Aberdeen route is the final sleeper service I needed to 'bag', too.

To say our motive power, 90036, was capable is an understatement. Within 10 minutes we recorded our speed to be 83mph. We spent between 2300-midnight in the lounge car sharing a bottle of wine.

Breakfast was served at 0640 - nothing to write home about, but there were three different types from which to choose - and we arrived in Aberdeen fifteen minutes early at 0720.

Time for a look around the station and to make use of ScotRail's First Class Lounge before boarding the train that was to undertake the 772.21 mile journey to Penzance, calling at a total of 45 places. All destinations were listed on the departure screen at Aberdeen and it took three pages. It is the longest train journey in the UK and can only be undertaken in this direction, since its northbound equivalent commences at Plymouth. 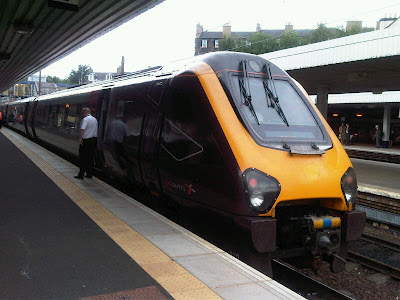 220024 was to be our home for the next thirteen-and-a-bit hours. Despite our seat reservation request saying otherwise, our reserved seats faced backwards so we sought unreserved seats. At 0820 we departed. At no point until our Cornish arrival did we operate in excess of 4 minutes late. It was a journey that even in the bus industry would have been categorised as 100% punctual. 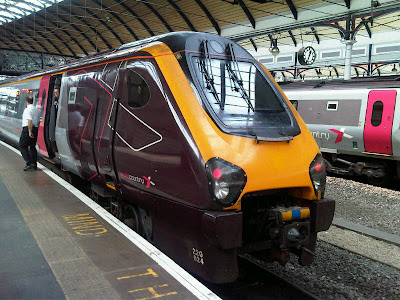 It was, however, a little boring, though less so than our Top 'n' Tail trip during 2009 when we travelled from Edinburgh to Penzance on the erstwhile National Express 336. Back then it formed part of our John o'Groats to Land's End jaunt. This time, however, we were in First Class and being waited on (well, between Edinburgh and Plymouth, anyway). Some said that being on a Voyager was punishment enough, and while I concede that a HST would have been more preferable, the journey wasn't uncomfortable at all. 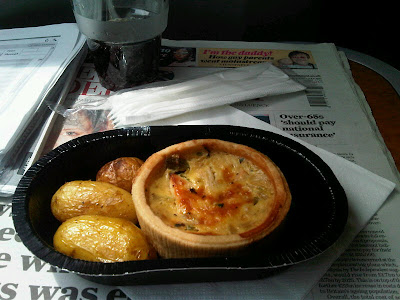 Other than us, the only others who travelled anything like the distance we did in First Class did so between Dundee-Bristol Parkway. 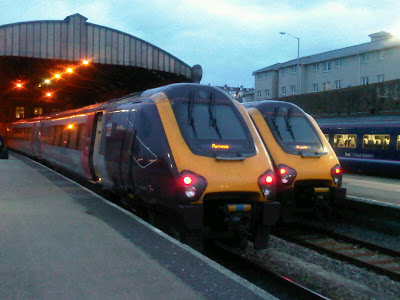 We arrived in Penzance bang on time and witnessed the Cornish Riviera sleeper service leave, headed for London.

A tiring day but nonetheless satisfying.
Posted by LEYTR