You have to hand it to Brian Souter, co-founder and chief executive of Stagecoach Group plc, he knows how to make a news story. Seemingly out of the blue, the multi-millionaire's own investment company has revealed plans to enter the Polish inter-city express coach market, with a brand new venture, employment for 100 people and some very swish coaches, starting Sunday 19 June. 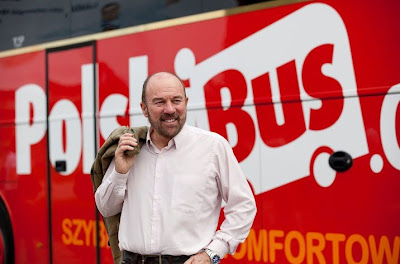 PolskiBus is based in the Polish capital, Warsaw, and will operate eight different routes throughout the country (serving 16 Polish cities), some of which will extend to other European cities (Berlin, Bratislava, Prague, Vienna). In a move not dissimilar to the Megabus network, headline fares starting from 1 zloty* (similar to Megabus' £1 or $1) are being advertised. Yield management is coming to the Eastern Bloc! 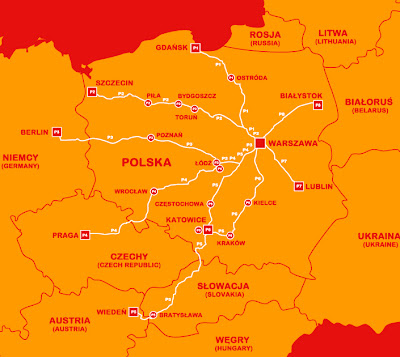 This really is an impressive news story for anyone interested in the coach industry. Love him or loathe him, Souter is very capable of putting his money where his mouth is! The fleet of eighteen TD921 Van Hool Altano over-decker coaches with 70 seats (all 14.5 metres long) have been bought outright and been painted in a very striking red livery, with the PolskiBus.com fleet name. They feature free wi-fi, reclining (red) leather seats, toilet and plug-in power sockets. This kind of kit would imply that a slightly different type of clientèle is being pursued to that of Megabus. I'd go so far to say that they are the Greyhound equivalent in Poland. 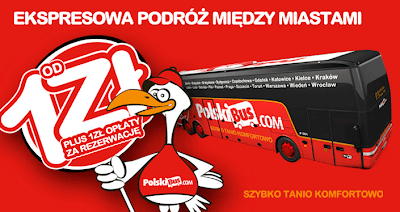 Former Stagecoach London MD Roger Bowker is heading up Souter Investment's Polish venture and said that in addition to the likely travellers such a venture would attract, business professionals and retired folk are also being targetted. It's worth pointing out that Poland's attitude to coach travel is like the UK's was a couple of decades ago - very little stigma is attached.
While Stagecoach's Megabus has Syd, PolskiBus has Ziggi, a seven-foot stork as its mascot. 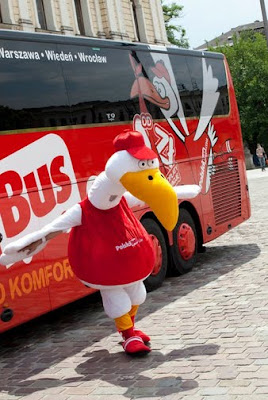 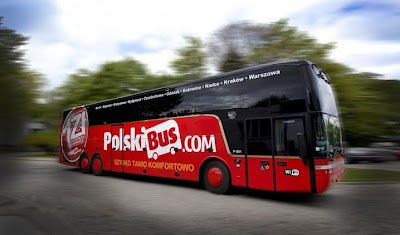 Commenting on the decision to start PolskiBus.com, Souter Investments chief executive Andy Macfie said: "PoskiBus.com is an example of an investment where our transport expertise, combined with excellent local management and our pool of experienced transport consultants can add significant value. The model is based on successful and fast growing transport businesses operating in the UK, USA and Canada, adapted for the Polish market." 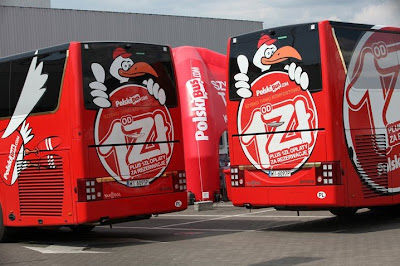 * - plus one zloty booking fee
Posted by LEYTR

The zloty is not Sterling equivalent. You would never say that a pound was a zloty equivalent.

The eastern block no longer exists and hasn't for 20 years.

That winged, warm blooded vertebrate mascot you show doesn't look like a plant stem to me (stalk). I guess it's a STORK.

There were parts of the press release you forgot to quote.

It's usual for an ellipsis to have three not four dots.

Spelling mistake. The unit of measurement is the metre.

The pitfalls of composing a blog entry while blurry-eyed at silly o' clock in the evening. Amended accordingly. Eastern Bloc stays, though.