Over on Omnibuses the author has been considering what shape the bus industry will take in 25 years. We agree that it is completely impossible to say for sure. Just three-and-a-half years ago, m'colleague and I headed to Spilsby thence Boston for a day's transport fotting - 8 November 2007 to be precise: 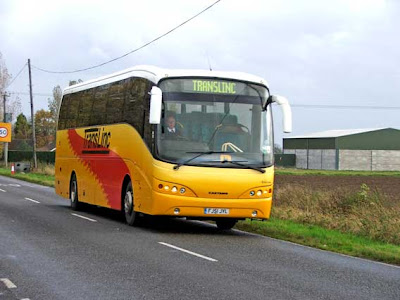 From September 2007 TransLinc (Lincolnshire's largest independent bus/coach operator) withdrew its London Express service, which had its roots dating back to coach deregulation in 1980. The displaced coach had been downgraded and is seen here in New York, working a private contract. 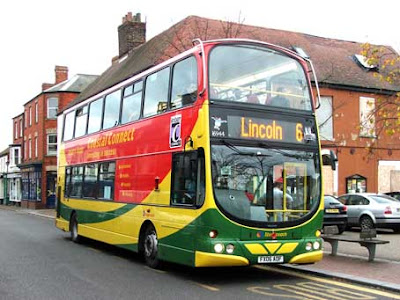 Stagecoach had purchased RoadCar as part of the Traction Group almost two years earlier, and the Wrightbus Eclipse Gemini-bodied Volvo B7TL pictured here in Spilsby Market Place had never operated with RoadCar (though wore a livery designed by the company). As of February 2011 all visual reference to the RoadCar fleet livery has gone, with this batch of vehicles being the last to acquire the Stagecoach corporate livery, albeit with a purple element to represent the 'Connect' branding. 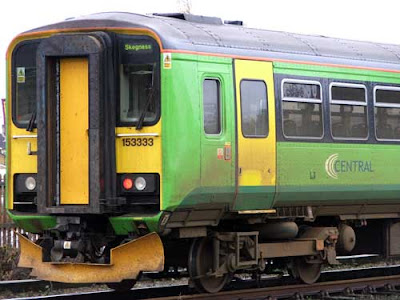 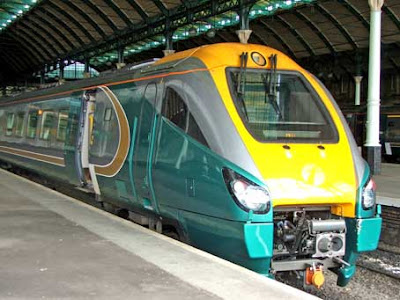 Hull Trains was operating its second fleet of DMUs, in the form of Class 222 'Pioneers', which were new to the company, displacing Class 170 'Turbostars', which had headed to ScotRail - one of which we spotted while on our Railrover, heading into Edinburgh, a few days later. The '222s' are now operating with East Midlands Trains, between The Midlands and London St. Pancras. In this shot it is worth pointing out the only evidence First has anything to do with the company at this time is the F-logo on the yellow frontage. Today, of course, 'dynamic lines' corporate livery adorns the Class 180 'Adelantes' that run the route. 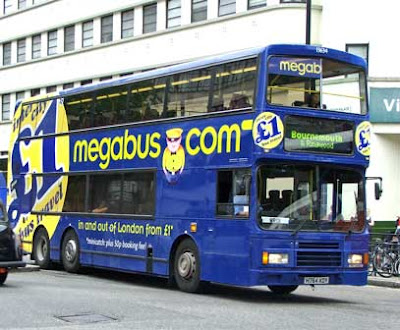 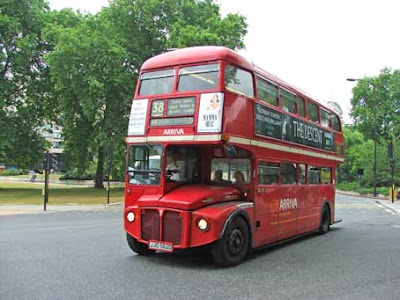 You can still see the Routemaster in this location - Hyde Park Corner, though only performing Heritage Route services. In 2005 the end was nigh for this vehicle type in mainline service - the last ran during December the following year. Service 38 (depicted here) saw articulated buses but from November 2009, these went in favour of rigid operation once more. It is safe to say that only the change of London Mayor saw rigids re-introduced.
These photos are a minuscule collection from our archive. There are literally thousands more where they came from. But with the speed of change being so fast, delving the files on the LEYTR computer has produced a number of feelings - shock being the main one. Shock that so much can change so quickly. For many people, 2005 or 2007 wasn't that long ago at all!!