A complaint in the Open Access section of the latest RAIL mag has been penned by a traveller who had the misfortune to travel aboard one of CrossCountry's 4-car Class 221 'Super Voyager' trains during the recent school holiday. He lamented the guard's comments about there being standing room only as a consequence of excessive travellers and NOT owing to the inadequate train length. Quite rightly, the complainant cites the poor foresight of erstwhile Virgin CrossCountry and now Arriva for not having supplied more carriages initially and done more to ease overcrowding today.

Virgin West Coast, however, is making a concerted effort to address the problems it faces as a direct consequence of the precise problem detailed above. The company operates three 4-car '221s' and eighteen five-car examples. The company requires 18 sets per day and has concocted a plan to essentially disband one 4-car '221' and jettison its two centre coaches into the remaining two 4-car sets, thus increasing them to 5 cars each and upping the company's total operation to twenty 5-car sets. 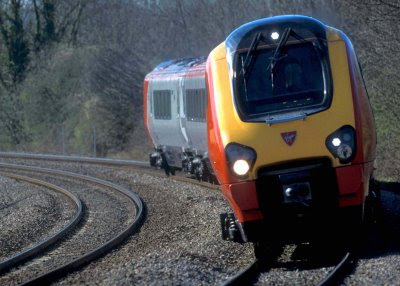 Currently, the 4-car '221s' operate their own diagrams, though when one strays onto a diagram that would normally see a 'Super Voyager' with 5 cars, overcrowding can exist. The flexibility with the reformation of two 4-car '221s' is clear to see and will be as follows:

It will, at least, offer tangible relief to those commuters who have hitherto travelled unwittingly on timetabled journeys that are operated by the 4-car sets. The down side, so far as we can see, is the reduction in spare train capacity on a daily basis when 3 sets will be reduced to two.

Applied to the bus industry, this is similar to increasing the capacity of a route normally operated by single-deckers to ones with an upper saloon. Modern single-deckers weigh almost as much as doubles and produce only slightly improved mpgs. Provided the operator is able to source sufficient 'deckers for an upgrade, it can make sense as overall expenditure hardly increases at the same rate as the number of seats now available.

Put in its simplest form, it's making the most of what you can with what you've got and for this Virgin Trains must be congratulated.