We've poured through the report into Britain's first internal High Speed Railway, which was commissioned last year at the behest of Transport Secretary Lord Andrew Adonis, who received HS2 Ltd's report at the end of last year.

Having spent the first two months of the year pouring over its finer detail, the Labour government now recommends the most of the report and plans to start work building the new high-speed railway from 2017 that will see trains capable of running at speeds of 250mph, with a headline London-Birmingham journey time of just 49 minutes. 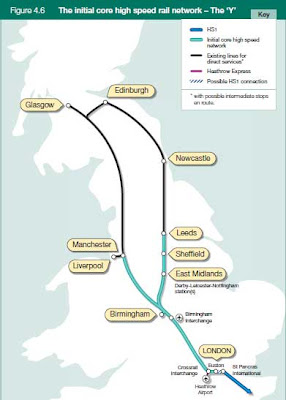 The route has been identified as a Y-shaped network shown above, with Scotland connected to the eventual high-speed network utilising existing lines
There are two train types recommended - 'Classic Compatible' and 'Captive'. The former are trains capable of operating over both new-build high-speed railway and existing lines; the latter are trains to travel exclusively over new high-speed line, though 'in principle' would be able to traverse the metals of the existing railway lines. 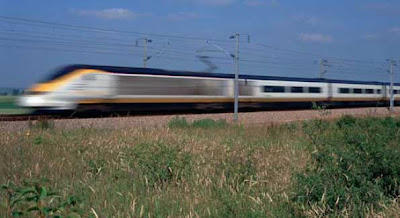 HS2 Ltd's report makes no reference to exact train types, only their likely cost. It's widely assumed a train based strongly on France's TGV is expected to be plumped on
We report the main detail in bullet form: 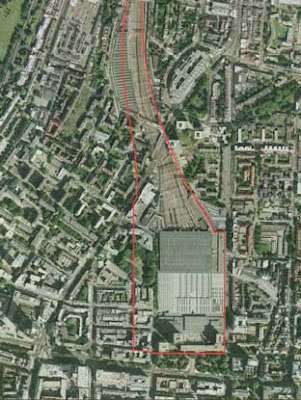 Euston would be rebuilt as shown by the outline in red