Multiflight, a private aviation company based at Yeadon airfield, has announced that it is the first operator to be granted approval under the government's Animal Health Pet Travel Scheme (Pets), which will enable it to convey its passengers' beloved pets. 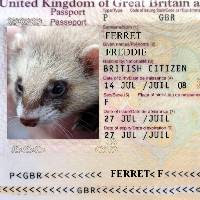 The jolly people at the YEP have kindly produced this mock-up of a spoof pet passport.
Based at Leeds Bradford Airport, passengers travelling with Multiflight will even be able to take their pet ferret along - something trumpeted by the Yorkshire Evening Post this morning. All pets will need to be issued with their own pet passport. Upon issue, the passport will signal that the pet(s) in question can come in and out of the UK without need for the strict quarantine otherwise required. Owners must also obtain proof of vaccinations, as all are potential carriers of rabies, and be microchipped. 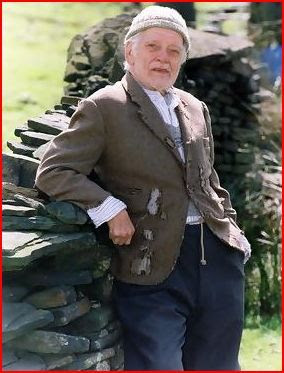 He was the most popular character in the world's longest-running comedy programme - and kept ferrets, though famously about his person rather than in cages. The new legislation would surely put a smile on Compo's face.
However, flights about Multiflight don't start at the grounding (geddit??!!) levels applied to Ryanair, easyJet et al, for this company operates on a for hire basis, generating its income through private charters. (GL)