Unless you're either German, studied the German language or a massive fan of the hit Broadway and now West End musical Avenue Q, chances are you wont have come across the word Schadenfreude before.

It's a German word that describes 'laughing at the misfortune of others'. It's a very succinct word indeed. You wouldn't immediately, therefore, expect to see it attributed to the transport industry. It appeared in the latest edition of New Transit on page 25, in a piece looking at whether public transport crises are unique to the UK.

Citing Metronet, the East Coast franchise and Railtrack as examples (I'm sure we could all name some more!) it would appear that 67% of Berlin's S-Bahn trains have been out of action recently, following safety concerns. This resulted following the crash north-east of Berlin in May and as a consequence safety procedures were tightened; this then lead to shortcommings in the trains' maintenance being identified and a considerable number of trains required new wheels! 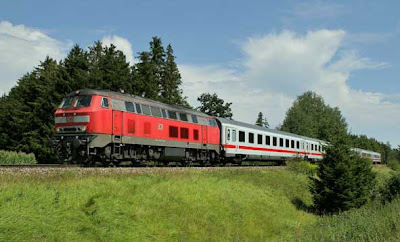 At its height in July, only 330 of the 1,104 trains in its employ were operational. Matters are improving now but it's not expected to be all-clear until December. Having the finger firmly pointed at them is S-Bahn's boss and his team of directors.

"Some UK passenger transport professionals couldn't resist in indulging in a little bit of schedenfreude" is how New Transit put it. It's true that the grass on the other side of the river/Channel isn't always greener and that problems of this sort and on this magnitude can occur even on a system we all assumed conformed fully to eutopian German efficiency.

The big difference though - and possibly time for a small portion of Schadenfreude Pie - is the way in which the Germans attribute the blame and how they overcome the problem. There, the managing director of S-Bahn, Tobias Heinemann, and his board of directors, have all be sacked by their parent operator, DB Schenker. 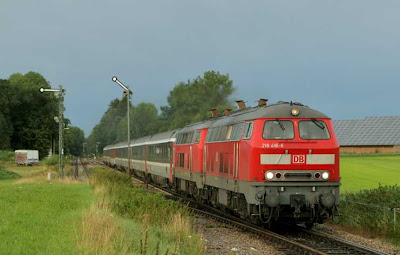 Would that happen here in the UK?

I think not. It's difficult enough getting Network Rail's directors to turn down their bonuses in the middle of a recession, let alone be permitted to go in with a new broom! (GL)