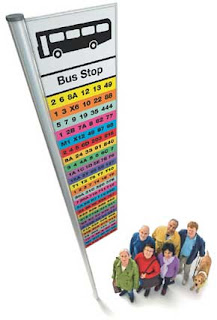 At the end of last month, the bus industry's new watchdog, Passenger Focus, released the first meaningful review of the free English National Concessionary Travel Scheme (ENC) that was implemented in full from April 2008.

The document totals 34 pages, which for an industry body is relatively short. Its conclusion is that the scheme requires further clarification, as a result of the responses it gleaned from respondents interviewed.

The headline figures are as follows:
Quite a lot to digest at first, though overwhelmingly what is immediately noticeable is how popular the scheme has become. To have any percentage in the mid-90s is impressive and on three occasions in the above list, can this be seen.

The scheme costs about £1 billion to fund annually, and the Department for Transport (DfT) was naturally delighted at the above findings. It must surely be £1 billion well-spent, though some bus operators are out of pocket at the way they're reimbursed. Passenger Focus' report does not concern itself with the legal wranglings; instead it has found other problems with the scheme. 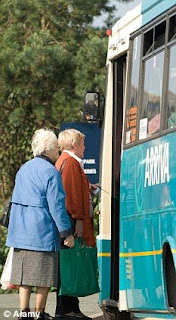 Specifically, it has identified barriers stopping people from travelling outside their area for free by bus. These include: general anxiety about travel on unfamiliar buses, a perceived lack of information, a lack of awareness of the ENC, the length of bus journey times compared to that of the car, and reliability issues - should a connection not be met hundreds of miles from home.

These are fair points. There's not a lot operators and authorities can do about 'general anxiety', but I'd argue about the lack of information: our local online journey planner, Traveline East Midlands, is absolutely superb! All bus routes are mapped intimately, all timings shown in html or pdf formats and a timetable finder also exists, permitting searches by route number or operator. It's really come on leaps and bounds since we last visited the site.

Of course not enough people using the ENC scheme are as averse with the Internet as those 30 years their junior; indeed, the paragraph above may bring them more anxiety than travelling on a bus miles away from home. Timetable information at stops differs wildly from operator to operator, but if you're an anxious sole, you'd surely research your journey in detail for this reason. When m'colleague and I undertook our 2005 LEYTR Railrover, we had Plan Bs, Plan Cs and Plan Ds - it was quite an epic. Admittedly, most bus travellers just want to get from A to B, but a little forward-planning isn't unreasonable, is it?

Another source of information is the excellent Bus Pass Heaven site, which we're helping update details within the LEYTR area over the next few weeks. Once comprehensive details are wholesale for all areas of England, the will be a 'must' for all bus users travelling further afield.

Back to the initial percentages we reported and if 39% say they're using the bus more in their local area, local authorities who reimburse operators to the tune of 61% could say that this level seems reasonable to displace the upsurge in patronage. Remember, the DfT said that no bus operator should be better- or worse-off as a result of the ENC scheme. 11% said they'd witnessed 'excessive overcrowding' - it would be interesting to break this down further to the time of day this was seen: just after 0930 on weekdays? In which case, it could be argued that ENC users are their own worse enemies.

The full report, as produced by Passenger Focus, can be viewed by clicking here. (GL)