Stagecoach is considering suspending any of its workforce in possession of a vocational license to drive PCVs who happen to weigh in excess of 120kg. There have, apparently, been cases throughout the country where rotund drivers have been suspended from duty pending an appointment with the company doctor, who has – in consultation with the driver concerned and the company – produced an ‘action sheet’ that includes dietary modifications to ensure the employee is able to lose weight. 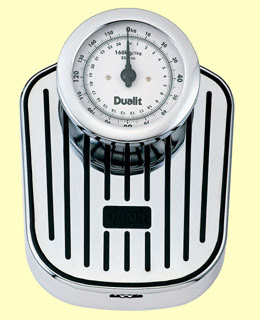 At every level in the process, we understand the employee is assured continued employment and receives no deduction in pay. We believe this is called “positive discrimination” and has been employed in other industries. A couple of years ago, a call centre employee lied on her application form about being a non-smoker. Upon employment, she used her legitimately-entitled breaks to go outside to smoke. She was sacked by her employer and when the case came to court, the individual lost.

Back to the bus industry, and the sedentary nature of the work means many large drivers can be found driving buses. We knew of a chap who was so heavy he had to be taken on a bus to the nearby public weigh bridge, where a displacement calculation was made (weigh bus only, then weigh bus with driver in and subtract both values to determine the driver’s weight).

Of course passengers are entitled to query a driver’s physical well-being if, when seated in the cab, his stomach overlaps the steering wheel, and no doubt Stagecoach has this firmly in mind – and of course the well-being of its employees.

What’s not been mentioned though is that most manufacturers of driving seats will only guarantee a maximum payload of (you guessed it) 120kg and presumably liability would be a little awkward to confirm should an accident occur as the result of a bus driver’s seat giving way while the vehicle is in motion! ('Banshee')