How hard can it be?

It has been suggested that the bus industry needs a more defined ‘champion’ than Passenger Focus and Bus Users UK - possibly one individual who is well-known around the country and who could ‘sex things up a bit’. A comparison has been drawn between what Jeremy Clarkson has allegedly done for the car industry and what someone of similar ilk could do for the bus industry.

I’m not sure Clarkson has sexed-up the car industry at all; what he and his possy on Top Gear have done is to create a quirky and entertaining programme that is loosely based on vehicles containing a combustible engine. My mother is a fan of the programme and yet despises cars with a passion. How can that be possible if we’re to believe Clarkson is the bastion of the private motor car? She particularly enjoys the outlandish and oafish behaviour all three display and the innovative races that crop up from time-to-time; the most recent being a road trip from the south to the north of Vietnam by motorbike – so much for sexing up the *car* industry! 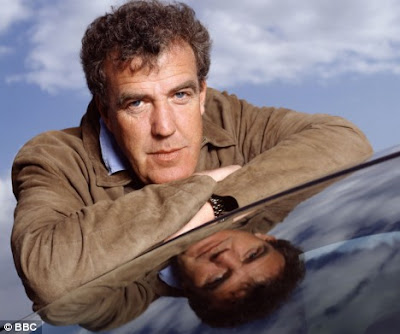 He's overweight, deeply unfit, smokes and drinks and doesn't mind pushing acceptable boundaries on TV, but many see him as the saviour of the car industry thanks to the way he has helped in promoting Top Gear. Could the bus industry benefit with someone similar?
I’d agree that the bus industry doesn’t have the best of reputations, but still it doesn’t do too badly. For every outrageous complaint made, there are a couple of extremely satisfied OAPs who choose not to write in; the remainder – the overwhelming majority – are pretty indifferent towards bus travel. Sure there are some idiot drivers out there but then there are some friendly chaps who counter-balance the cretins. And then there are those who choose to keep themselves to themselves. Let’s not forget that many complaints made within the bus industry are done so in protest of fare rises, vehicle cleanliness, route alterations, i.e. areas that the bus industry’s version of Jeremy Clarkson (but ‘sexier’) would have no control over. (GL)