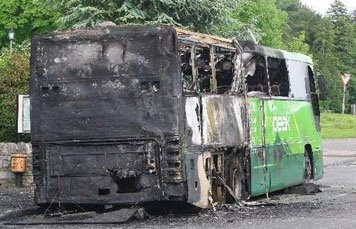 The Matlock Mercury carried a report and photos of a Trent Barton coach ablaze following a freak fire. It's the first time I've ever seen one of their vehicles in a particularly stricken pose! 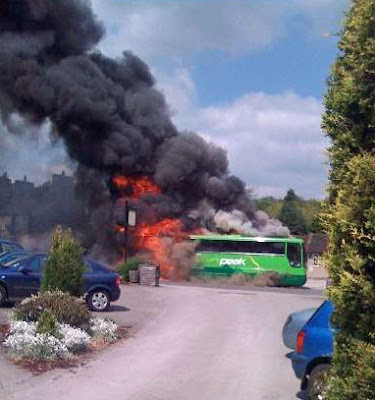 The coach is understood to be P56 ETO, a Volvo B10M/Plaxton Premiere Interurban, that was purchased in January 1997 for a joint service between Doncaster-Leicester numbered 757. It originally wore the old-style Stagecoach Express livery. Today, the coach - whose fleet number is 56 - is adorned in Best Impressions' Transpeak livery, which it designed for the company. 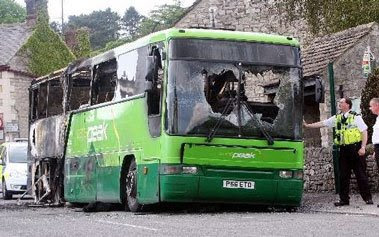 It was working the Transpeak (Nottingham-Manchester) service when the fire took hold on Friday at 1630hrs. The most ironic thing is the locality of the blaze: a small village north of Bakewell called Ashford-in-the-Water. If only there was plenty of it around! 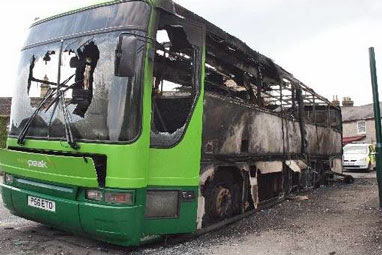