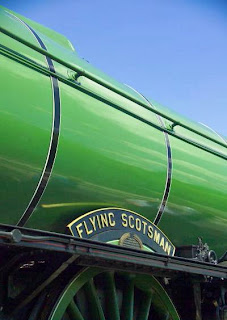 Representing the apex of British engineering and the love of steam, The Flying Scotsman is arguably the most famous train in the world and was saved from exportation to Germany in 2004 by the National Railway Museum (NRM).

The museum intends to fully restore the steam locomotive so that it can once again operate along the East Coast Main Line by 2010. In order to meet their target, they've started an SOS appeal: Steam Our Scotsman. It is hoped that donations to the tune of £250,000 will be raised, which will ensure completion of the restoration and overhaul.

Can you put a price on The Flying Scotsman? The NRM did 5 years ago, when they purchased it for £2.6 million, and since then engine 4472 has taken pride of place at their museum in York.

NRM's curator of rail vehicles Jim Rees said: "When the museum acquired the engine it was carrying a boiler from an A4 that had been fitted in the 1970s, as was commonly done in BR days. It also came with an A3 boiler that it had carried before then from 1964. The A4 boiler was in poor condition, having had many repairs and alterations, some conventional and recorded, others less so, so we decided to repair the A3 boiler, not just for the short term, but to the highest possible standard. The restoration has cost a great deal more than anticipated due to the poor condition of the boiler and the rising cost of copper - hence the need for a public appeal." 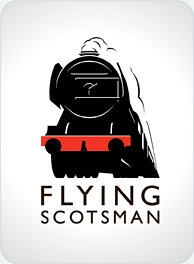 Members of the public are being invited to sponsor various components and significant donors will have their names displayed at the NRM in a special 'hall of fame.' Parts on offer range from a bolt at £25 to the entire outer firebox at £100,000.