True innovation or a gimmick?

Stagecoach are never afraid to *be seen* to innovate. Sometimes some of their innovations fall by the way-side and are never heard of again; some continue and flourish. Their latest example is possibly one that will be dropped before too long.

In partnership with GreenRoad Technologies, a driver safety company, around 120 vehicles in the north west have been fitted - at a considerable cost, we imagine - with special sensors to monitor all kind of driving manoeuvres such as acceleration, braking, turning and lane handling. Data is continually sent to GreenRoad where it is immediately analysed and the drive receives a coloured light from a dashboard-mounted LED, either red, amber or green, depending on how safe (and fuel efficient!) he (or she) is driving. 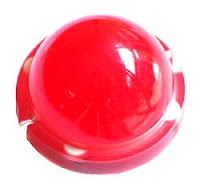 GreenRoad claim this technology is able to reduce of carbon emissions by around 7% and can reduce accidents by 50%.

A driver is employed to drive a bus in accordance with the terms and conditions laid down in his/her contract and assuming the PCV Driving Examination and Theory Test (and now of course Driver CPC is ongoing) should be allowed to carry out his duties to the best of his abilities unhindered by his company. Drivers are more than likely to have enough problems with traffic congestion, unruly school children and the 0930 rule for concessions on weekday! The last thing drivers will want is a red LED effectively telling them that 'Big Brother' is watching them and that their driving is costing their employer up to 7% more in fuel.

It will, we're sure, encourage drivers to be more aggressive: let's face it, drivers who don't like being told they're doing something wrong are the ones likely to continue doing it, only now they'll be receiving official notification from the red LED that it's costing their employer more financially. You can imagine the canteen speak "I never had the red light go off this morning, he he, wonderful, eh?"

And who's to say that constantly looking at a green LED light isn't going to cause an accident through a momentary lapse in concentration?

It's not quite on par with the take-law-flouter-to-cash-point-and-make-him-withdraw-money-to-pay-fine initiative Labour attempted to implement 5 years ago, but it's along the same vein. GreenRoad claim it can reduce accidents by up to 50%, yet this would suggest it's been trailed extensively elsewhere? We've not heard of substantial trailing of this before and if it had been trialed why would Stagecoach require a second trial?

And finally, at the cost of installation and maintenance, to only see a 7% reduction in fuel consumption would imply the long-term fuel savings really don't justify the initial outlay.
Posted by LEYTR