We've decided to end the Latest Transport Development digest news reports as due to the nature of our 'proper' work it was becoming difficult to maintain regular fortnightly updates for both rail and bus/coach news. Instead we plan to replace them with one-line headlines taken from industry magazines for the bus/coach world and the leading rail magazines for that industry, followed by one sentence of our own that gives further information.

The first example is below and this week comes from trade magazine routeone: 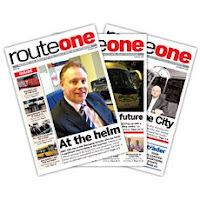 Environment drives modal shift. The detailed results of a study in which 4,000 people were contacted by Stagecoach show that 36% of car users have switched to buses; 30% of car users now walk and 5% now travel by train.

National Express trading in line. Transport operator National Express report its trading as being "in line with management expectations" and that the integration of all its transport arms has seen savings of £11 million.

Jail for drunk coach driver. Leslie Weinberg, 35, who overturned his Scania/Irizar PB, injuring 25 people in Newport Pagnel Services, has been jailed for 10 months, been fined £500 or 14 days' imprisonment to run concurrently and has been banned from driving for 4 years for drink-driving plus a concurrent 2 year ban for dangerous driving.

Fraser Eagle has 'bright future ahead'. This was how the firm's managing director, Kevin Dean, described the improved set of annual accounts which saw a pre-tax loss of £426,063 for the year ended 30 June 2007 into a £789,774 profit on a £30.3 million turnover for the following year.

CPT backs IRU call for a common fuel duty rebate. The Confederation of Passenger Transport is backing a call by the International Road Union for a common rate of taxation for any diesel used by commercial operators.

Labour unseated from GMPTA. Matt Colledge, the Conservative Deputy Leader of Trafford Council has been elected as Chairman of GMPTA, up-seating Labour of the first time ever, as a result of the former Chairman, Roger Jones, being unseated in the last local elections. Colledge will be in charge of how Manchester's £3 billion TIF money will be spent.

Bow is the big attraction. Bow Garage in east London is celebrating a century of tram, trolleybus and motor bus operation with a recent open weekend that attracted more than 1,500 visitors.

Bus Bill to next stage. The Local Transport Bill has progressed to the Committee stage now having failed to be derailed by intervention by the Conservatives. Graham Stringer, MP for Manchester Blackley, said that bus companies had become "subsidy junkies", more interested on how much grant they can claim than running a service for the passengers and that "The Brian Souters are always asking for more, to which a Stagecoach spokesman replied "It is absolute nonsense. The vast majority of all operators' services are run on a commercial basis and cost the tax payer nothing".

Tramlink sold to TfL. The transfer of Croyden Tramlink to Transport for London has been completed and is being seen as an excellent investment by taxpayers who last year had to pay £4 million in compensation.

Linked operator banned. Alistair Brown (Browns of Edinburgh), who recently had his O Licence revoked, acted with his son Ronald Brown in falsifying tachographs and their records, drivers' names and the firm "lied, obstructed and mislead" Traffic Examiners. Ronald Brown therefore had his own O Licence revoked.

Labour to re-regulate? Scottish Labour MSP Charlie Gordon wants to introduce legislation to re-regulate Scotland's bus network, though to date his plan only has the backing of the Green Party.
Posted by LEYTR