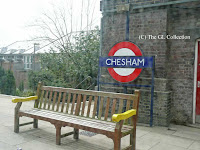 One of my long-term aims is to travel the full length of the London Underground network. Every time I visit London I like to 'bag' another section of route and on a recent visit I travelled to the second furthest point of the network from central London - Chesham.

I didn't know that the only way to get to Chesham was by changing at Chalfont and Latimer onto a branch line with a 4-car Underground train traversing this section throughout the day. Interestingly, however, this section of Tube line is the lengthiest in between stations. Today I've seen that plans are afoot to reinstate direct Tube services to Chesham, i.e. some journeys to Amersham would require a change of train at Chalfont and Latimer instead. 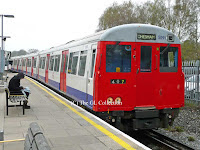 A four-week consultation on the above potential change commenced today, the main aim being to improve off-peak travel to/from Chesham since Amersham has a half-hourly Chiltern Trains service to central London (Marylebone). Tube users will be able to express their views on the proposed changes, which would result in a reduction in direct Amersham services on the Metropolitan line. The changes would make it easier to introduce new rolling stock on the Chesham branch line. The potential changes, which would not affect the current peak-time services, would see two direct services to/from Chesham and two to/from Amersham and central London. Services operated by Chiltern Trains would be unaffected from the half-hour Mon-Sat frequency seeing a combined total of 4 departures per hour from Amersham rather than the current 6.

The service pattern change would take effect from May 2009 at the earliest.
Posted by LEYTR