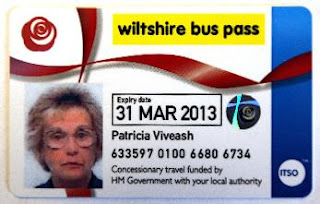 British media personality, journalist and broadcaster Janet Street-Porter appeared on last week's 10 o'Clock Live show, in which she and Peter Stringfellow, along with journalist and author Shiv Malik, debated whether or not wealthy pensioners should give some of their entitlements back, echoing sentiments made earlier in the week by Secretary of State for Work and Pensions, Iain Duncan Smith MP.

The show's audience is visibly below the age of 25, so the political orientation of the show and I would suggest at least two of its four presenters was always going to be in favour of the wealthy coughing up that little bit more. Stringfellow, to his credit, said he would happily hand back his free bus pass though spoiled any positive this could conjure by adding "I don't really care because I'm so rich". Malik was very much the audience's champion, advocating senior citizens really ought to take some sort of 'hit' during the recession and that the winter fuel allowance and free bus pass for those whose income is 'high' would be a good compromise.

Street-Porter's comments, however, is where my interest picked up. The former Mirror Group employee claimed that her free bus pass is actually keeping bus services running during the middle of the day. She claimed that if she and other wealthy pensioners were to surrender their passes, these bus services would not be viable and could be withdrawn.

While there's certainly evidence that OAPs make up the majority of passengers of many bus services in the trough between both daily peaks, everything hinges on the reimbursement rate paid by the local authorities. There are very few bus operators who don't hark for the pre-2006 days when OAPs paid half-fare and the local authority made up the majority of the outstanding 50%.

I wrote a piece for the Lincolnshire Echo two years ago in which I tried to explain how the free bus pass was actually seeing a reduction in services as a result of the poor reimbursement rates. Understandably, many OAPs will agree with Steeet-Porter's view, but most won't have a clue how the politics behind it causes so many bus services to be unprofitable and withdrawn as a direct consequence.

Only last week, Yorkshire Coastliner has said it is looking to operate non-stop sections (at least 15 miles between two stops) on its extensive cross-country network of services thus forcing OAPs to pay for travel as the free bus pass can only be used on 'local stopping services', defined by having no more than 15 miles between any consecutive bus stops. The Yorkshire Coastliner decision isn't bloody-mindedness, but a response to a decision by North Yorkshire County Council to reduce reimbursement rates by 40%.

NYCC dispute the amount, claiming it is more like 20%, but the figure is still so large that an operator is having to effectively alienate a sizeable proportion of its passenger base to continue making a profit.

One aspect of the politics that Street-Porter won't be aware of is that reimbursement is paid on the average fare for each service, calculated by the operator. One of the longest bus routes in England operates from Peterborough to Lowestoft, via King's Lynn, Norwich and Great Yarmouth. If someone with a free bus pass travels end-to-end, the authority in whose area the journey commences has to pay the bus operator (First Eastern Counties) the same amount as someone travelling one stop. It has been mooted this is around £7.

OAPs - be they affluent or not - have no interest in how the free bus pass scheme is administered. It's down to the government to set-up a scheme that works. Direct payment by the DfT to operators, as happens with the Welsh and Scottish schemes, from their respective assembly/parliament and as happens for BSOG (fuel duty rebate) to all national operators, would be the logical step. Though not so in England.

Local authorities receive cash from the DfT and can set whatever reimbursement level they want. Last year, DfT figures showed the average reimbursement rate (cash) for journeys taken in the shire counties was 96p. If Janet Street-Porter travelled from Lincoln to Grimsby on the InterConnect 3, Stagecoach would receive, on average, £1.92 for a return journey and not a penny more. The adult return fare is over £5. And, of course, this gap in the amount operators receive for accepting the free bus passes compared with the equivalent cash fare is replicated throughout the country.

It would be nice to see Ms Street-Porter directing her vociferous enthusiasm towards the DfT and to champion the reform of the free bus pass to secure its long-term future.
Posted by LEYTR

The free bus pass scheme should be a brilliant way for the government to subsidise bus services through the back door. Better to subsidise the tickets of a couple of people on the bus than try to explain why you are subsidising the entire bus to run empty.

It also encorages pensioners on to buses to make them more "middle class" - it might not be PC to admit it but the image of bus passengers is not great which is one reason you struggle to increase usage. Look at the way tram travel IS seen as higher class for example. Get a greater range or "rich" pensioners on the vehicles and perhaps the scuzzy image will start to be dispelled.

Of course, every government since the war has hated all forms of public transport so doing the scheme properly was never going to be set up properly.

The current scheme was the invention of Alistair Darling who surely must go down in history as the most incompetent / politically dishonest Secretary of State for Transport ever. The whole scheme was designed by him to indeed give a free bus pass to all over 60s, but on a basis where Central Government capped its responsibility for funding by a specific sum, then expected local government to top up on an unlimited basis - in effect imposing on local government a totally uncontrollable expense. And of course, claiming credit for the scheme himself /his government. They - LAs - do of course control that expenditure - by imposing pitifully poor rebates on bus operators, so in the end, the operators take much of the hit.

Darling is the appalling individual who of course presided over the current franchise arrangements on passenger rail in the North of England, where Northern was created to fail out of most of the regional services whilst First Group were awarded TPE which is designed to extract income from huge numbers of fares even though the traveller may well not travel on a TPE service at all, and has become the most profitable franchise of all. Private Eye has estimated that TPE has received £40m per year that ought to have gone to Northern.

Then he went on to become Chancellor of the Exchequer ...

@ John - they say, though, that at the DfT other than Lord Adonis, Darling 'got it'. While this may be, the bus pass roll out and the Northern rail franchise set-up show that his execution was far from perfect.

It would appear that John Nicholson
has something against Darling.
Therefore his argument is lost in his forest of bias