An interesting point in one of the railway magazines was made recently, on the subject of why, perhaps, the government shouldn't let European state-owned railway companies operate UK rail franchises simply because they offer the best financial bid.

They have no real brand identity outside their own company and so have nothing to lose if things don't go as well as they'd hoped or as well as their predecessor had operated the franchise. The powerful flip-side is that with SNCF or Deutsche Bahn operating a UK franchise, their subsidiary is effectively guaranteed by the French/German state, so defaults such as those that have occurred with the East Coast franchise would be unthinkable. 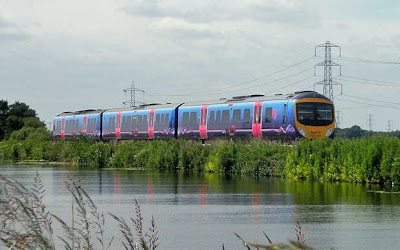 Keolis is a French transport company in which SNCF (the state railway company) has a majority share. Keolis has a minority share in the Trans-Pennine franchise with First holding the majority share. Photo: GodsFavouriteAngel
Virgin Trains is making the case for retaining its West Coast franchise. Although an extension was awarded, it is fourth in line to be re-tendered and obviously Mr. Branson would like to retain his sole UK rail franchise (in which Mr Souter's company has a 49% stake). The Virgin brand means something to many UK rail travellers, whereas whatever name Abellio or Keolis or DB call the West Coast franchise should they win it will be meaningless at first. 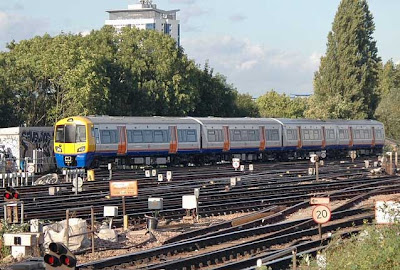 The Chinese and the German states hold the concession to operate London Overground. MTR Corp (Hong Kong) and DB Regio (Germany). Initially, it was a venture between MTR and British firm Laing Rail, but Laing's parent (Irish) company chose to sell to the German state railway company at the end of 2007. Photo: Darlo2009
The desire and will to continually improve and innovate, some would argue, would be lower in the mindset of a parent company thousands of miles away, with no brand image to protect and improve upon. Virgin has a very strong brand indeed, a global super brand no less, that it wants to both protect and improve upon. This is a view its shareholders will agree with. There is no merit in allowing the Virgin brand to just stand still or stagnate. This translates into poor financial performance in a number of ways. 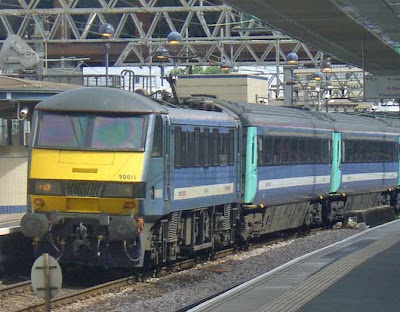 At the end of 2011, the decision to award the short Greater Anglia franchise to the Netherlands state railway, Abellio, was made by the DfT. Abellio Greater Anglia will commence operation from February. Ironically, Abellio's operation has a name that reflects the franchise better than the current operator chose a number of years ago, when National Express chose to name operations 'One'. Photo: SouthWesternRailways
Abellio or SNCF, for example, have no shareholders and some would argue they would simply operate the West Coast franchise as a box-ticking project, doing everything asked of it and nothing more. Branson argues that Virgin Trains (as a direct consequence of the Virgin brand) will do far more than the bare minimum and points to past successes as proof (they said they wanted to introduce tilting trains and followed through with the Pendolino; they said they wanted to run a 20-minute frequency to Manchester and Birmingham from London and this was introduced at the end of 2008).

Would Abellio et al go that extra mile to improve and enhance their image in a country where they are not known? Would they fight their corner as much when in discussions with the DfT, as Virgin, Stagecoach, First, Go-Ahead and National Express have done? It is an interesting question that I'd hitherto not considered. You could also ask whether Virgin Trains would be as vociferous had they another rail franchise to fall back on if they were to lose West Cost. 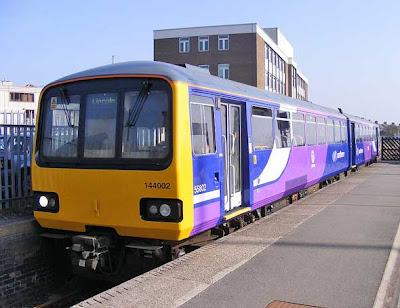 Northern Rail is a joint venture between UK-based Serco and the Netherlands state railway, Nederlandse Spoorwegen, or Abellio. Northern has seen considerable success, winning the 2007 Public Transport Operator of the Year Award, so perhaps allowing a European state-run transport company the opportunity to run a UK rail franchise could result in futher awards? Photo: Bubblin40
I think most people would agree that the best financial bid is not always the best overall bid. Value-added elements need taking into account. Home-grown brands are good examples of this. There is absolutely no merit in any British company devaluing its image through a lacklustre performance.

The text to your last picture, of a Northern train, rather contradicts the gist of your argument above. Northern has quietly got on with the job and is reaping the benefits within, what some argue, is the most tightly controlled state railway. So far they have chosen to keep the NS connection low key, but this may change with other European players being on the field in their own right rather than as joint ventures.

There is little point in SNCF, DB or NS merely ticking boxes. They are investing on a global basis with rail operations in many parts of the world. To do this successfully they need to grow their brands, and hence the lines they win on franchise. Not for nothing have DB put their logo on all of their freight locos.

Had privatisation been done in a different way, with a complete railway including track, stations and stock, being offered as a franchise it is quite likely that the letters JR would have appeared on a number of UK trains.

Yes, that is why I wrote: "so perhaps allowing a European state-run transport company the opportunity to run a UK rail franchise could result in futher awards?" within the caption.

And that is also why, above the very photo you refer to, I've written: "You could also ask whether Virgin Trains would be as vociferous had they another rail franchise to fall back on if they were to lose West Cost."

I've tried to be as balanced as possible.

It is interesting to see your opinion on the West Coast franchise. Like many people you believe Virgin would want to retain it, however Richard Branson has already hinted he wants to leave the railway industry (or West Coast at least). Partners in crime, Branson and Souter have a plan already drawn up. Souter's East Midlands Trains franchise is losing money at the moment and has not made enough over the period of the franchise for Stagecoach to want to retain it. Therefore I believe in a few years time DB will run the Midland Mainline franchise, they are very interested already as St. Pancras will be the perfect interchange station for their services from Germany to connect and continue North into England. Virgin Trains will either re-bid for the West Coast franchise and should they win, operate it under the Virgin brand for a while before selling the rail division of Virgin off (to Stagecoach). Alternatively, they will not re-bid and Stagecoach will in the hope of getting it. As an employee of a rail company, this information is common knowledge to the onboard train crew and has been a while.

@Daddysgadgets - Northern has just been lucky in getting a massive influx of commuters and has done the best it can with what it has. It hasn't gone out their banging its drum to attract them like Virgin did. Admittedly, Virgin didn't have to bang very loudly but it did draw up the VHF timetable with absolutely no guarantees that seats would be filled. I think this is what the author means as DB or Abellio just wouldn't bother - they'd run West Coast like Northern, operate very well within the box but not think outside of it.

I can't help thinking that customers of certain franchises operated by certain existing UK based plc's would question whether the UK plc's give a good service...

@Jon - agreed, though the theory is that if you think what we have now is bad, how much worse would a company be who has no brand identity to protect?