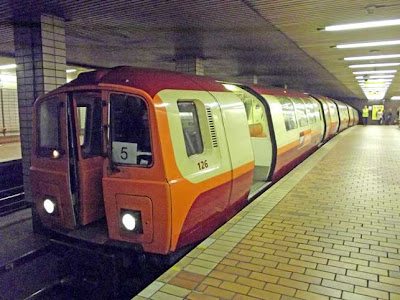 We had a lie-in (of sorts) today. It was rather fortunate, following last night's delay. Our first train of the day didn't depart Glasgow Central until 1000. Before that, however, we thought we'd bag a circuit on the Glasgow Subway. I've travelled on this once before and very much enjoyed the experience. For the uninitiated, the Subway forms a loop around central Glasgow, with trains operating both anti- and clockwise circuits, though these are referred to as inner and outer circuits.
The Subway (known locally as the Clockwork Orange, owing to its colour scheme) offers a single fare of £1.20 and a return of double the single. Savings can be made with multi-journey tickets. The network is very involved in Twitter, having a very infectious feed. 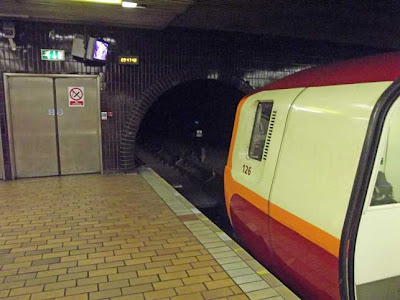 We did an outer loop (I did an inner loop last time). Actually, we did a loop plus 1 stop, alighting at St. Enoch and walking to Central Station. 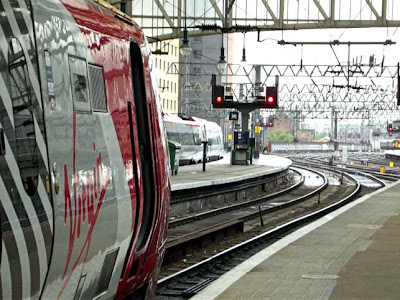 It was quite a tight connection in the end, though we made our Virgin Trains Super Voyager service, formed of 221104 Sir John Franklin. We left on time and were served complimentary breakfast. I opted for the bacon baguette, while m'colleague went for the 'airline-style English breakfast'. Actually, it looked a little more substantial than what is served in the skies. 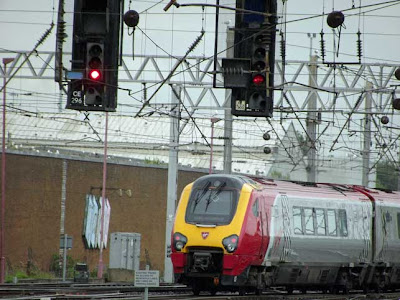 We alighted at Carlisle and the weather started to take a turn for the worst. Very gloomy with rain in the air. 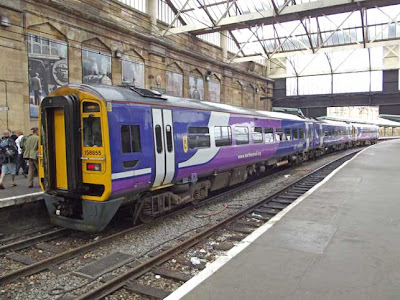 Typical. We were headed along the famous Settle-Carlisle line, once mothballed for closure. Here, the scenic line rises to one of the highest altitudes in England with some stunning scenery and iconic structures. Sod's Law, then, that it would be overcast throughout, with heavy mist in places, reducing visibility considerably. We had planned on getting out at Ribblehead to view to Ribblehead Viaduct and then head back to Carlisle before down to London with Virgin, but there was complete, utter and absolute cloud burst when we called here, so Plan B was put in action: we would stay on to Leeds. Our train was the 1155, operated by Northern and was formed of 153359+158855. We both opted to travel in the '158' as it was considerably quieter than the leading 'dogbox'. 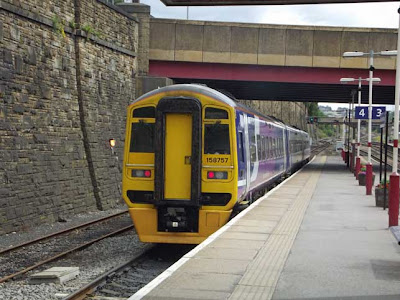 At Leeds, we caught a Northern service to Bradford Interchange at 1453. 158757 was our train, working a York-Blackpool service. It was fairly busy but we managed to find two seats together for the short journey. 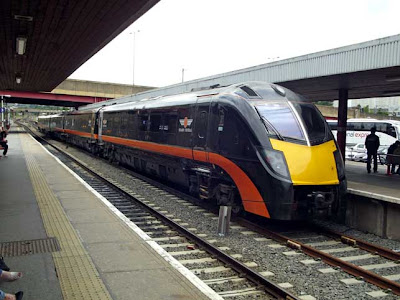 Bradford Interchange is tiny! I was staggered. Having never been here before, I will admit to having visions of some shiny mass of platforms covered in a huge canopy. There is a canopy, well two actually, but not a lot else. Adjacent to the station is what appears to be the coach layover area, with a number of National Express vehicles there. We were to catch Grand Central's new Bradford-London service and hoped it would be a Class 180 Adelante as we'd already bagged one of their HSTs. 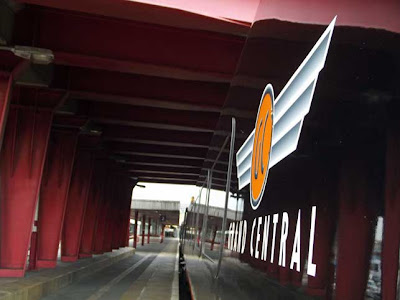 We were in luck as 180114 was to be our chariot to London. We left on time at 1537 and in what was seemingly an empty train. Where were all the passengers? A few boarded en route for the very slow drag to the ECML at Pontefract. Dear me, as with our Sunderland Experience on Day 1, the going was mind-numbingly slow. The powers that be certainly put open access operators at the end of the queue for paths. This is something prospective operators do not make clear in their press releases when they detail aspirations to link new settlements with London and other major UK cities. How they can claim the headline journey times that they do is very misleading. Services like this must surely benefit on the 'direct' credentials of the journeys. 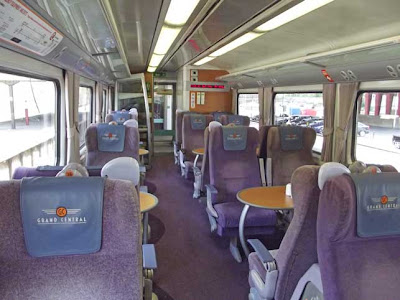 If more than 20 travelled on our five-car Adelante I will be staggered. Quite a difference from our HST being so full that First Class was declassified. The guard got so bored that he came round and served us all tea. The air conditioning also failed in our coach, south of Retford, but we were now travelling at 125mph along the East Coast Main Line, being slowed on occasions by an East Coast train in front. The First Class interior on the '180s' is very nice indeed. 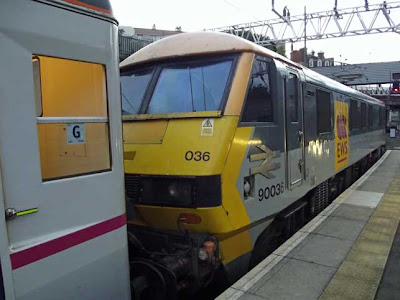 We walked to Euston now and boarded our second and final sleeper service of the jaunt. It was hauled once again by DB Schenker's 90036. This time we were situated towards the rear of the train, being bound for Inverness. 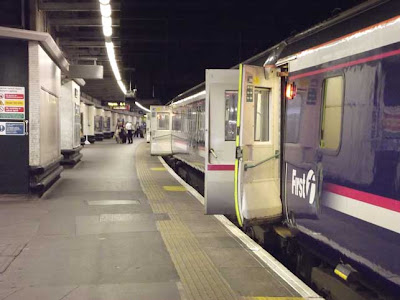 We didn't receive the same level of attention as on Monday night. Also, none of the hosts this evening had a Scottish accent. We later learned that First Scotrail employs London-based crews. I don't want to give the impression we weren't well catered for, as this wouldn't be true, but it wasn't as good as Monday's northbound service.
We depart London Euston, punctually.
Overtaken by Overground.
Empty sleeper stock heading to Euston to work the later service to Edinburgh and Glasgow.
We headed to the Lounge Car for a bottle of white and some nibbles while we headed along the ECML and after arriving in Crewe at 2352, we headed to our cabins for our final sleep of the jaunt as tomorrow would be the last day.

Thanks to guisde us with such a important information Keep It Up Dear........