It shocked many. It really did. Who would have thought that the boss of transport giant Stagecoach would stray into a market at which many consider him to be at odds? I was shocked. As too was m'colleague. The LEYTR Stig's centrally-placed eye didn't see it coming either. We are, as you've probably gathered by now, referring to the purchase of a Perth hotel for the homeless by Stagecoach's founders, Brian Souter and Ann Gloag. 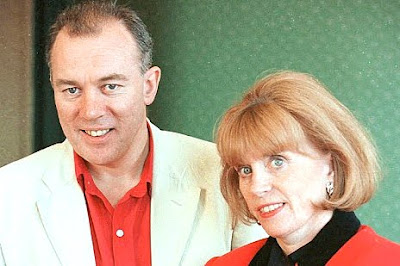 The Waverley Hotel in Perth is one of the oldest in the city and has becom a home to vulnerable members of society under social service referrals. Equipped with 40 rooms, the hotel was part of a chain of 20 others, owned by the McKever Group, which went into receivership last year, owing £70 million.

Souter said that he intends to continue operating the hotel as a B&B for the city's homeless people "for the foreseeable future" and that he and sister Gloag aim to further enhance and improve the hotel.

It's quite a 'feel good' story, actually, and one that will naturally receive virtually no coverage south of Scotland. A number of jobs have been retained as a result of the Souter/Gloag purchase and considerable amount of money has been saved for Perth & Kinross Council who, had the Waverley Hotel closed, would have had to spend money setting up a new facility elsewhere. Souter's acquisition of a sizable chunk of the failing TransBus International business (which became Alexander Dennis Limited) in 2004 also saved many thousands of jobs (while also guaranteeing him an excellent return on his investment owing to the increased number of vehicles Stagecoach purchases from ADL).

Souter's purchase of the Hotel is likely to have been made not for the bricks and mortar but more for the role the establishment plays in society, with charitable donations being something Souter takes seriously. The Souter Charitable Trust has given out over £20million in donations over the past half-decade. Souter is also a prominent member of Perth's Trinity Church.

Cynics would argue that if Souter is to personally intervene to save something, he should consider their evening buses or the knife-edge Sunday frequencies that have been teetering on the brink in many neighbourhoods. Others would argue that, similar to his controversial campaign to have Section 28 left untouched, this is simply the bare actions of a businessman using his position to save what he believes in.

In a lesser news story, it would appear that after being in his own Wilderness Years, Brian Souter has recently seen the light and found faith in London once more, too.

Wish they could run a proper bus service