There appears to have been a bit of a spat between railway fares guru Barry Doe and those nice people at ATOC, the Association of Train Operating Companies.

Barry's map showing the national rail network in operator form, has been produced since 2005 and is identical in style to that produced by countless bus operators and local authorities, showing along which railway line each train operating company (TOC) runs. It has been produced en mass for the industry for the past half-decade and for which Barry receives a fee.

The fee has not been paid this time and while ATOC has said they've had a map produced for free instead, Barry fears they've taken the hump with him over the manner in which he criticised the recently-revamped ATOC-funded National Rail website. 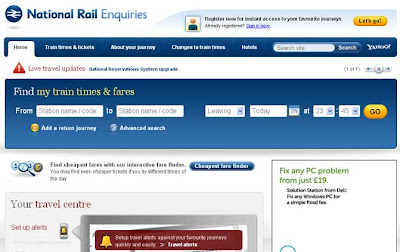 The National Rail website was re-launched a few months ago and is all cuddly and colourful now
It was on the National Rail website that anyone could download their own copy of Barry's franchise map for free and without the need for a licence. Here, now, can be found the free version that ATOC sourced recently. While it is shown alongside that produced by Barry, both links now go to the new, Barry-less version.

If, like me, you've regularly used Barry's map over the years, you'll soon see that the new one doesn't quite cut the mustard. To quote Barry: "The new ATOC map is technically well produced but it has two downsides: it is not accurate and it is not up-to-date". I know there are a number of very, er, 'committed individuals' like myself out there, who have a thing about cartography and can easily spot errors aplenty with a supposed refreshed, renovated, reissued map. Regrettably the free ATOC version ticks this box. 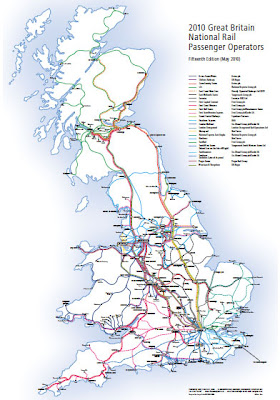