Becoming a Conductor: The Application

The whole process began for me from the comfort of my home, when I visited the website of the company for whom I'd eventually work. They're one of the 'big five' and have a corporate site devoted to offering jobs from all aspects of their business: buses, coaches and trains. The whole application process was able to be completed online and was fairly straightforward. 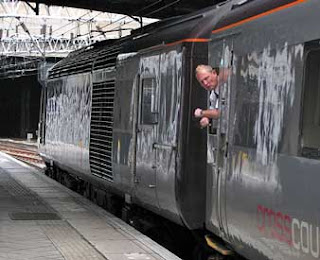 The online application was produced by a third-party company who specialise in recruitment and numerous well-known transport sector corporations draw on their considerable expertise. Accordingly, the questions asked are, in some cases, obvious, though for such a career change, candidates would do well to consider offering as fuller responses as possible. A number of questions were added at my train operating company's (TOC's) request, enabling them to sift through the applications with relative ease. Over 300 people applied, I was later told, so clearly the most important aspect of the entire application process can be done from the warmth of your home - completing the online form. It needs to stand out from the crowd.

The application closing date for me was 17 September 2009, thereafter the TOC's human resources department could consider the best applicants from the answers. Little did I know it at the time, but I was one of less than a dozen who were invited for an interview on 21 October 2009. Applicants need to be aware of the requirement to travel to possibly two locations over the following months, as part of the application process, without remuneration. Of course, for the successful candidate, this is clearly a price worth paying.

At the interview I was informed I was one of 7 people shortlisted from 320 applications. If I was successful at interview, which was to be scored on a points system (each interviewee was given the same exact questions to answer), I would then be invited to sit assessment tests. The interview lasted one hour and I felt the process went well; the sixty-minute period seemed to fly by. On the interview panel were two managers, both very amiable. As with any interview, most of us feel that we could have perhaps answered some of the questions differently - perhaps better. My moment for this came as I was travelling home on the train.

I subsequently received an email from HR inviting me to sit Assessment Tests on 17 November 2009, in a different locality. Sample test questions were posted to me by HR in order to revise and gain some insight knowledge of the tests. Again, no mention was made of travel costs so I funded this myself.

At the Assessment I was informed of the day’s schedule and it was also pointed out that if I failed to reach the benchmark for each written test then I would not be able to start the following test and would not be required to stay any longer, each test being marked immediately after completion. I progressed through the timed tests ensuring I made steady pace and no mistakes. Each test was timed by stopwatch. I didn’t actually complete all the questions for each test but I think they are specifically designed that way to enable judgement of pace AND accuracy.

After the final test I was given some useful feedback and advised of my scores and results. I had passed! I must say, as each test was attempted they were becoming more difficult and time consuming! My understanding is that of the 7 interviewed the month before, less than half were put forward for the Assessment Tests.

I heard nothing more until a request to go for a Safety Critical Medical examination at Bupa in Leeds on 22 December 2009. My TOC provided me with a travel permit on this occasion, and while I'd not been officially offered the position, felt positive about my chances, it has to be said. The medical was very thorough as expected with height, weight, body mass, eye test, hearing test, urine sample and previous medical history disclosed.

I was eventually offered the position by telephone call from my new boss on 30 December 2009 and confirmed in writing from HR on 4 January 2010. I commenced employment/training 11 January 2011. The entire process had taken one week short of 4 months, though as you can imagine, it was a wait I was ultimately happy to endure.

Up until now, my day job had been as a bus driver for Stagecoach, for whom I'd worked, clocking up thirteen years' experience as one of their better bus drivers. I was now looking forward - with great excitement - to starting a new career as a conductor. Had I really beaten off 320 other applicants? It seemed so unreal, but plainly true.

Following the verbal acceptance of the conductor position with my new TOC, my boss had informed me of a training course I'd need to attend on 11 January at Manchester. And so it was that on a freezing cold January morning I found myself stood on the platform of what I was soon to call 'home', awaiting the 0526 train to Manchester. I'll openly admit that emotions were running high over the new, unknown challenges ahead while stood with a suitcase in my hand, and I couldn't help thinking of the following U2 song:

Onwards and upwards it most definitely was. I was naturally saddened to be saying goodbye to some colleagues, passengers and friends I'd made at Stagecoach - I've not doubt I'll be keeping in contact - but life goes on and I was very much looking forward to what lay round the corner. The course would last for some weeks, with weekends spent at home with my family.

I feel I ought to make reference at this point to the fact that prior to being offered the job, I'd never worked in the rail industry, nor had I taken an active interest in it. I enjoy travelling by train and had made numerous trips each year on the trains I'd soon be conducting. My choice to apply to be a conductor was made to better myself. While I enjoyed working in the bus industry, I didn't see myself as a 'lifer' there, I needed a new challenge! Consequently, my knowledge of the railway industry and the procedures therein were not at the level of many who applied for my job - a number being those who push the refreshment trolleys through the trains. Clearly, my new boss had considered this and still wanted to employ me. 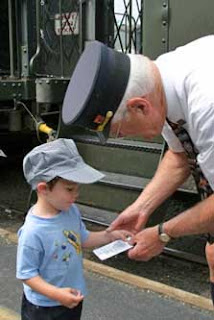 In Manchester, I headed to my TOC's headquarters for the induction day. There were 5 trainee conductors and 6 revenue protection staff all participating together. Our friendly teacher took us through the induction process - he was clearly good at his job and got us all acquainted. We soon all new each other by name and were then required to introduce ourselves to each other, mentioning our backgrounds and past-employments. It soon became apparent I was the only outsider as all the other people were internal transfers. This just added to the apprehension I was feeling.

Then it was awards time! We were all given a smart new watch and name badge to wear and a quality exercise book for noting contact names, numbers, itineraries, schedules, notes, etc… I’m sure you had to do 25 years at Stagecoach before getting a watch!

By mid afternoon we all called it a day and 4 of the 5 conductors made our way to a nearby hotel in Manchester to check-in. The fifth conductor had chosen to commute daily from Leeds, so that left me and three other guys all from the North West. We all agreed to have our first evening meal together in the hotel.

Part 2 - Becoming a Conductor: The Training, will be posted tomorrow.

15 months on and I'd recommend it to anybody!