It was very sad news indeed when Virgin Trains lost out to FirstGroup on Monday, after the Department for Transport announced that it was awarding the operation of the Intercity West Coast franchise to the Aberdeen-based transport group. The new West Coast franchise will run for 13.5 years and FirstGroup has promised to pay the government £5.5 billion over the period. 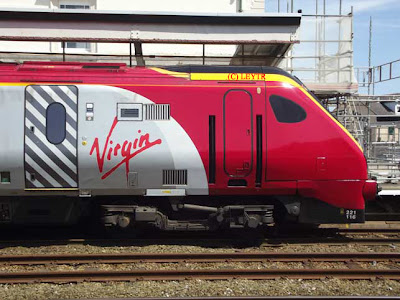 Virgin Trains had been willing to pay £4.8 billion, though the DfT chose to go for the maximum premium payment, hence they declared FirstGroup the new franchisee. This is something Virgin's founder, Sir Richard Branson, was not willing to accept without a fight. As at midday today, 100,000 people had signed the e-petition on the Downing Street website, asking the DfT to think again through a judicial review. I also understand that the same government department has gone into lock-down mode, refusing to even discuss with MPs the details of West Coast.

What annoys Sir Richard is losing the franchise, obviously, but that it was done by a government who he feels has not learned the lessons of East Coast - when National Express won the franchise to operate Anglo-Scottish services along the route of the famous Flying Scotsman immediately before Lehman Brothers went bust and the global recession took hold. The passenger growth forecast, on which NX's figures were based, became completely unrealistic and the company defaulted on the entire franchise. Sir Richard (and it has to be said, most of the Virgin Trains team) are concerned they've lost out to a company who could do the same - and that the DfT is allowing FirstGroup to blindly walk into the same trap as NX's East Coast company did. 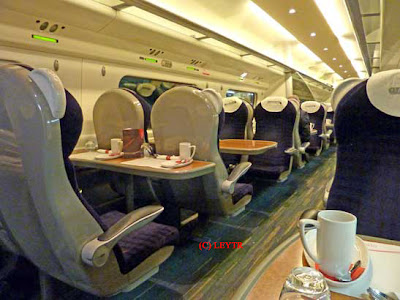 The premium payments are "back-end loaded", with FirstGroup required to pay the DfT just £26 million in 2014, though this rises to £443 million in 2020 and then sharply to £739 million in 2026. That's over two-thirds of a billion pounds needs to be paid to the DfT before any other expenditure is taken into account. Compare this to the sum Virgin Trains paid the DfT for the same franchise last year - £168 million - and the figures start to get into the realms of incomprehension.

In the immediate aftermath of the FirstGroup win, the media was full of Virgin comment - the Virgin brand showing how adept it is at publicity. FirstGroup must have felt most peeved not to have ridden the crest of their very expensive wave, so it was perhaps understandable that after some of the dust had settled, their chief executive Tim O'Toole chose to 'big up' his company's new franchise plans. However, he too couldn't resit the chance to have a pop at the other side, claiming that although his company planned cuts, they were nothing compared with what Virgin Trains had planned. Quite how he knew the minutiae of Virgin's costings is a mystery to us all, as this level of franchise proposals continue to be kept secret and only speculation exists. For example, I understand fellow franchise bidder SNCF messed up by claiming it would place a 12th carriage in every Class 390 'Pendolino', which would see all trains overhang almost all platforms at almost all stations - including London Euston. Totally unworkable on such a large scale, and apparently one of the reasons they lost out (presumably they offered less, too). Though I'd not go on record to the national press as a chief exec of the winning bidder with this information. 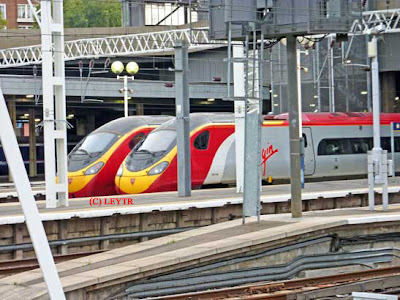 Virgin's 9-car Pendolinos already take up most of the platform space at London Euston. Adding two more (currently underway) has seen modifications made at a number of stations. Adding a 12th, as France's state railway SNCF offered would see most platforms require extending or carriages overhanging at most stations.

Back to the known fact and FirstGroup's franchise plans are quite different to Virgin's. FirstGroup, for example, plan to purchase 11 new electric trains for the Birimingham-Glasgow services, freeing up the Class 221 'Super Voyagers' to offer direct services from Blackpool, Telford, Bolton and Shrewsbury. FirstGroup also expects annual growth to be 10.4%, which is a shade up on the average of the last decade of 10.2% with Virgin Trains assuming more cautious growth of 8.5%.

If the e-petition forces the DfT to undertake a judicial review, it can only look to see if it followed all correct steps in awarding FirstGroup the franchise. It can't effectively undo it for the sake of a popular uprising. Virgin Trains spent £14 million preparing this franchise bid and it claims that this, with the government's perceived intention to simply award every rail franchise to the highest bidder regardless of anything else, is likely to prevent it from submitting a bid for East Coast when this is let next year. 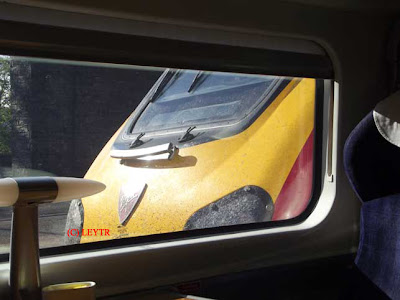 And then there's the Stagecoach effect. The group's outgoing chief executive Sir Brian Souter has a 49% stake in Virgin Trains. He's long wanted this to be increased so he can dilute the Virgin brand sufficiently to glean extra profit, from all accounts. Sir Brian has remained reasonably tight-lipped about his company's reduction in the UK rail network, mentioning that after 15 years it will be difficult to imagine West Coast rail services without the Virgin brand. A judicial review will not be in his company's interest. For Virgin, however, they have absolutely nothing to lose.

I would suggest that if Virgin Trains is successful in initiating a judicial review, Stagecoach will choose to go it alone by placing its own bid for East Coast. This would leave Virgin in a quandary: do they go it alone without 49% of another company's financial resource and rail experience to place a multi-million pound franchise offer in for another rail franchise? 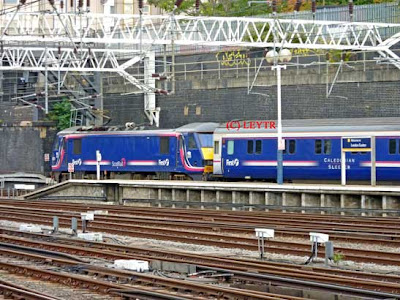 One a final note, FirstGroup has managed to turn around the Great Western franchise by throwing money at the failing franchise. So much so that they chose to decline the franchise extension, forcing the DfT to let it earlier than it had ideally planned - and in so doing they've clearly not lost favour with those at Marsham Street, being awarded West Coast. Barry Doe waxes lyrical about First Great Western and there's very little he gets wrong. Ultimately, however, everyone has their own opinion on their local train company. Christian Wolmar described FirstGroup's railway reputation as 'plain vanilla'.

As an aside, the Virgin brand extends to the air and I've never laughed so much as when I first read this letter of complaint that appeared in a national newspaper, after Sir Richard Branson replied to the complainer personally. Click here.
Posted by LEYTR

"If the e-petition forces the DfT to undertake a judicial review,"

If the e-petition forces the DfT to undertake a judicial review,"