M'colleague and I both attended the Easter Sunday running day, based at the Road Transport Museum in the Lincoln suburb of Whisby. It is arranged twice-yearly by the Lincolnshire Vintage Vehicle Society (LVVS) - an organisation that the LEYTR is happy to support! 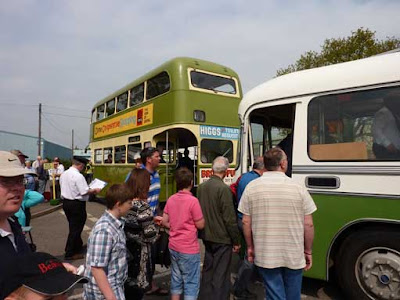 I attended the last running day at the end of the season, which generally takes place on the first Sunday of November. This latter running day is usually the busier of the two owing the Easter Sunday having a number of other events taking place regionally and with the exceptional weather of late, a mass exodus to the Lincolnshire Coast features more prominently to families than attending a running day.

That said, a good attendance was in order as I arrived at the Moorland Centre, from where a park-and-ride shuttle service is operated to/from the Museum. The frequency was similar to that offered last November, with buses departing every 15 minutes and increased to one every 7/8 minutes between 1525-1702. 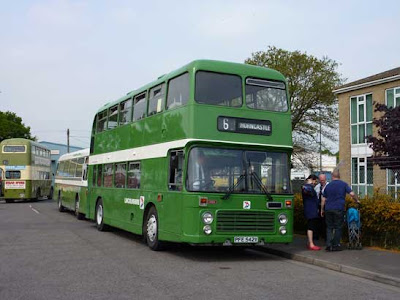 They're not everyone's cup of tea, but I grew up with RoadCar's Bristol VRs operating locally and vividly remember travelling many times between Louth and Grimsby
M'colleague headed in from the city centre, aboard the 1300 duplicate service, worked by Lincolnshire 1056 (XFW 951S), a Bristol LH/ECW, which had to rescue passengers from a stricken Leyland Lion (KW 474) en route. Departures from the city centre were at 15-minute intervals.

At the Road Transport Museum the 'operational' vehicles were housed as ever in the usual compounds at the end of Pyke Road, which itself doubles up as a make-shift bus station. Within the Museum trade stalls and a mini canteen, staffed by volunteers, were in situ, along with vehicles under restoration being displayed at the rear extension to the main building - it was interesting to see how work has progressed over the winter. But what was of most interest to us both was a particular vehicle parked in the adjacent yard with the visiting vehicles: 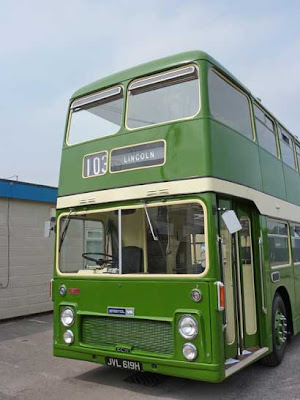 Richard Belton's restored Lincolnshire 1904 (JVL 619H), a mkI Bristol VR which was withdrawn from the Lincolnshire fleet in the early-80s and purchased by a community group in Milton Keynes who adapted it for children to play in - which included a slide that enabled children to jump out the upper deck! 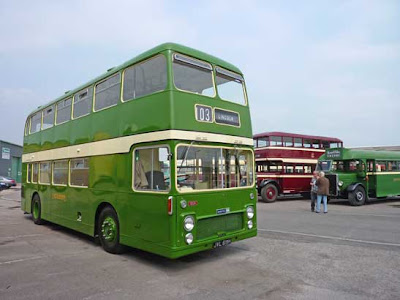 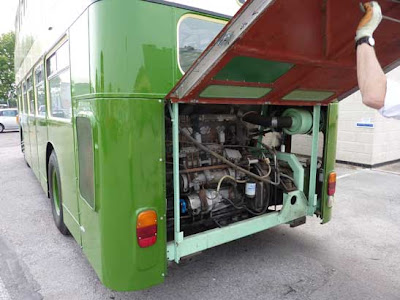 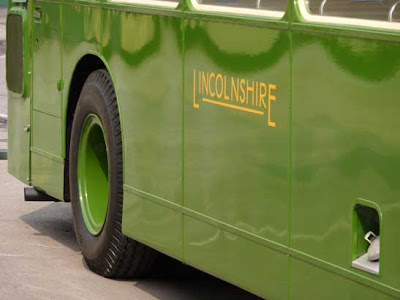 It has taken a lot of work and while being roadworthy, is currently unable to carry passengers. However, as Richard's work was done 'off radar' it came as quite a shock to many and was one of the most photographed vehicles of the day. Richard is also the LEYTR Treasurer and we've been fortunate over the years to visit the bus and witness the restoration work that has slowly been taking place (and will have a full feature in a LEYTR magazine later in the year).

Where m'colleague and I would just get a man in, Richard is fortunate enough to be able to turn his hand to anything and has ostensibly undertaken all the restoration work himself.

In the current LEYTR magazine, we featured a colour centre spread of the Bristol RE operating in various guises and liveries in Lincolnshire, and so it was only right and proper that we sample one today - which just so happened to be of the batch that featured in the centre spread: Lincolnshire 1431 (CVL 850D), in its original inverted green-and-cream livery, for use on express coach services. 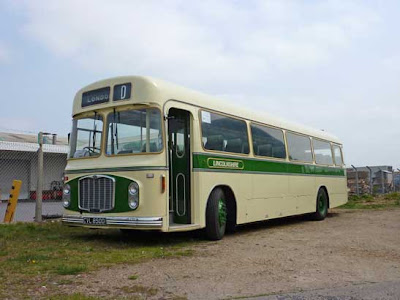 M'colleague commented that the last time he'd ridden on this vehicle was in 1978 when it was based at Skegness. Back then, and for much of its formative years, it carried the all-over white National Express livery.

After a very sedate and comfortable meander through the leafy lanes of Lincolnshire, we both headed into Lincoln city centre aboard a vehicle that is fast approaching its 51st birthday, Lincolnshire Lodekka 2378 (OVL 473), new on 1 July 1960. 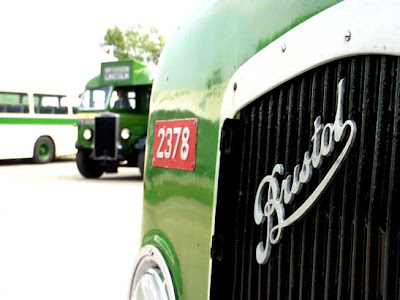 Heading into Lincoln we passed the site of the former St. Mark's railway station and having featured a colour centre-spread of this now long-forgotten station (to mark the 25th anniversary of its closure) in the last LEYTR magazine of 2010, I fancied a wander back to the site and to meander through what currently stands in its place and to have a good old moan about Dr. Beeching.

This we did and here I deferred to m'colleague's encyclopedic knowledge about the station. Large sections of the east side are visible or in situ, tastefully incorporated into the retail development (Lincoln has *two* Primark stores, as any female will tell you!) with Argos respectfully displaying four very large black-and-white photos in its main entrance of the station both immediately prior to and during its closure and dismantlement. 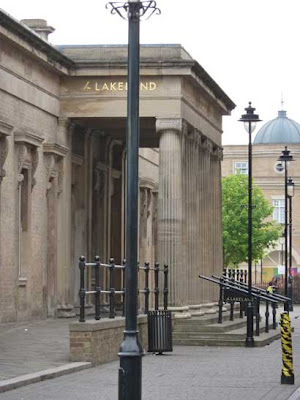 The main entrance to St. Mark's is still in situ and has been lovingly restored 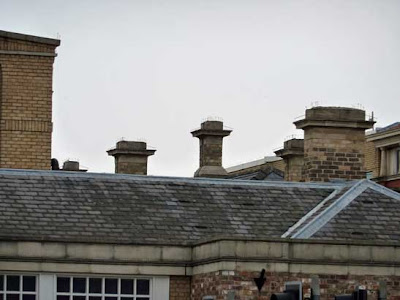 Original chimneys can still be seen from High Street. These are located immediately behind the restored main entrance (to Argos) 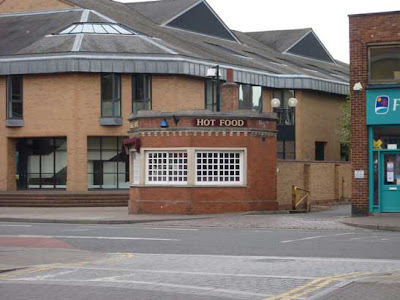 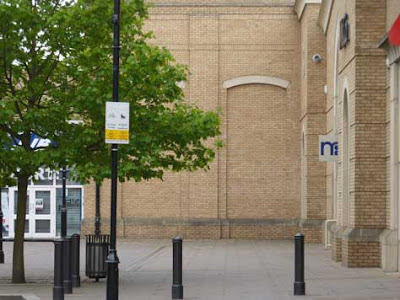 Cleverly, the western side of the St. Mark's retail park has two coves that almost certainly represent where the railway lines once stood 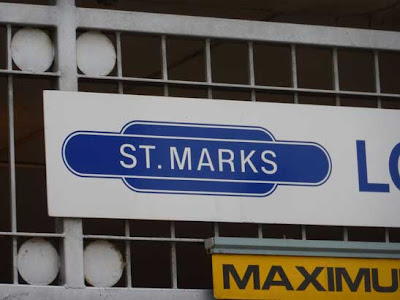 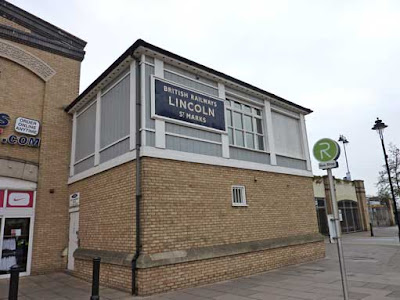 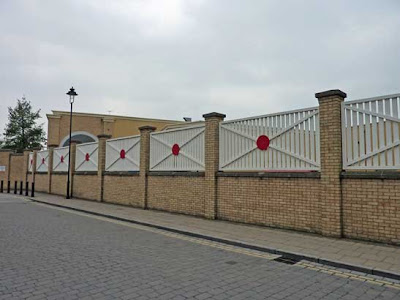 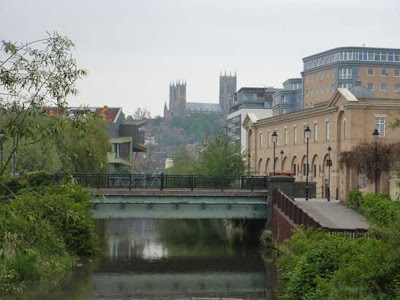 Finally, small reminders of the railway can be seen to the west with bridges built to carry the main line and sidings now used for road traffic and pedestrians. West of here the university and the Tritton Retail Park has completely obliterated any sign of the railway

In a way, for an art-lover like myself, decorating our home is quite easy. I just please myself mostly, with my poor husband going along with most of my choices. I am always collecting beautiful things, like handicraft decorative pieces, little sculptures and hangings.
And I simply hang lovely paintings in all our rooms. Not all are originals of course, as who can afford many of those.
I order many prints on canvas from wahooart.com who have a vast collection of images from Western art, that you can choose to make economically-priced prints like this Interior in Aubergines, by Henri Matisse, http://en.wahooart.com/A55A04/w.nsf/Opra/BRUE-5ZKCMX, from there.
I can choose the frames as well and my orders are delivered quickly to my home.

In a way, for a train lover like myself its infuriating to see Captain Spam (like Cpn Birdseye but greasier) and his kin from the Pound Shop Dictionary Department denigrate a bloomin' good post with great pics and useful information but such is the virtual world of know-it-alls and smart alecs that popular websites live within.
A} An exodus can take place over a vast number of years creating a diaspora ergo mass is certainly not implied in the word
B} Incidentally I use ebay to sell stuff like normal people.
C} I humbly confess to smart alecdom and know-it-allery
D} A thousand thank yous for confirming that WAS the railway bridge just outside the station as I've took its picture several times and was never really sure.