Two retirements and a resignation have caught our attention of late. One is the highest-paid civil servant, the other the highest-paid transport boss and the final being the head of the world's most secretive and insular country. We're not sure how much King Jom-il pays himself though. 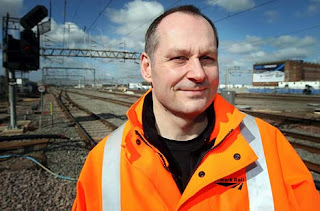 So farewell then Iain Coucher, the head of Network Rail, who earned £1.2million through salary and bonuses during the last financial year. Coucher had been at the helm of NR for three years and chose not to link his departure to the furore surrounding his bonuses or those of his fellow board members. Nor did he link his departure to the allegations printed in Private Eye surrounding claims he made use of a £100k-a-day Coutts corporate gold card and that NR used offshore accounts in Guernsey and the Bahamas to pay-off women making claims of sexual harassment against the head of HR.

What Coucher did, though, was to turn around NR's fortunes following the dark period in the railway's history, post-Hatfield, which was the catalyst to the effective re-nationalisation of railway infrastructure. Critics say that the railway was at such a low ebb during the early-naughties that a trained chimp couldn't have made matters worse; others, fewer, clearly believed that turning around the railway's fortunes was such a Herculean task that only the very best pay was to be offered, to attract the best man.

Often criticised for having the same mannerisms as Coucher is Sir Moir Lockhead, the £1m+ a year chief executive of FirstGroup, or First, the UK's largest transport operator. Both chaps were often remarked upon as being abrasive and too clinical for their respective areas of business. In particular, First's prognosis of how buses operating in its corporate 'Barbie' livery would ride out the recession differed wildly from its similarly-sized contemporaries, resulting in much negativity in the local presses. Coucher often lacked necessary interraction with the press and attempts to force a media black out over certain matters really set journos' fingers twitching. But Sir Moir is clearly a busman through and through, whereas Coucher was not a railwayman in the traditional sense, entering the industry with Tube Lines in 1999 - fourteen years after Sir Moir headed the company that was to form part of First's founding duo. 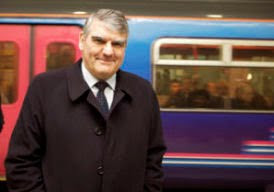 At that time Sir Moir was MD at Grampian Regional Transport and in January 1989 was successful at leading a management buyout following the government's intention to privatise the Scottish Bus Group. Just eight years later would see the merger of GRT and Badgerline to form the then-named FirstBus, which Sir Moir would lead. From the position of manager at Grampian Regional Transport in 1985 to the chief exec of the largest transport operator in the country within a decade-and-a-half is surely a more incredible feat than his oft-compared fellow Scottish busman, Brian Souter. Only one has a knighthood, too.

Iain Coucher is not retired so has plenty of opportunity to gain equally lucrative employment elsewhere, though we suspect it will be in the private sector from now on! Sir Moir, despite his recent gross annual pay, has worked in an industry that does not traditionally pay as well as Network Rail, which is a little unusual, since the reason given for why state-run top job salaries have ballooned in pay is that they continually try to keep apace with the private sector.

So far as we're aware, the pay grade of NR's new CE - likely to be a relative unknown - has yet to be decided. Expect public outcry if it rivals that given to Coucher. While Sir Moir's replacement, Tim O' Toole, will receive virtually no medial coverage should he be awarded the £1m+ salary commanded by his predecessor.