To pay or not to pay 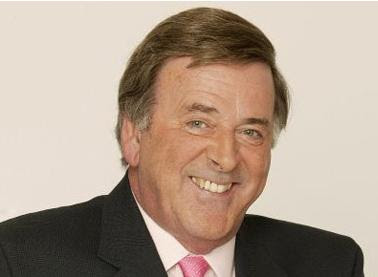 New Transport Secretary Philip Hammond has incensed virtually every bus passenger over the age of sixty by 'daring' to suggest that those who are 'better-off' ought to consider paying for the journey they make.

Hammond commented on the issue during an interview with the BBC recently and it was obviously not going to go down well. He reiterated the Coalition's promise not the remove the £1 billion English National Concessionary Scheme (Scotland, Northern Ireland and Wales fund their own) nor make it means-tested, but felt that those who could afford to pay perhaps, er, should.

The general response from those over sixty has been that the better-off use their cars anyway. Another avenue ventured down is that those entitled have paid National Insurance all their lives and are now reaping a very minor benefit. The more sedate have claimed that perhaps a flat fare of £1 in rural and 50p in urban areas ought to be levied.

Hammond's words have gone down very will with operators and local authorities, who would love cash fares to be paid to bus drivers; dependant on where the OAP boards, the bus operator will receive anything ranging between 45-75% of the average adult fare as reimbursement by the local authority in whose area the journey commences. For a cash fare to be paid, 100% is received. The operator is properly reimbursed at source and the local authority saves a sum of money.

One major disparity within the existing scheme is the time limit applied. The legislation affords those entitled to a concessionary bus pass "off-peak free travel", with off-peak being defined as 0930-2300 weekdays and at all times at weekends and bank/public holidays. Some local authorities have gone above and beyond and have removed all time restrictions; others have done so but for pass holders who are resident in their area only.

With improvements to the minimum legal requirement comes additional cost, which the DfT does not bare, but each local authority. Generally, the Labour-controlled urban councils and PTEs are those who offer such generous concessions - but not all. All councils within Lincolnshire, for example, offer a deal better than the minimum requirements of the scheme to their residents. Cutting back here, perhaps, could save cash, rather than the Transport Secretary putting his foot in his mouth on TV.

Operators have complained to us about the number of people using their bus pass to travel to work in the mornings (when pre-0930 concessions apply). They unanimously feel that this is not right. By the same token, many would be willing to 'move' on the official 0930 start time. Bus journeys commencing between 0830-0930 are reasonably quiet, having just missed the peak morning period. Many operators have given us the impression they'd prefer the legislation to kick-in from 0830 on weekdays in return for this to be universally applied throughout England with no option for individual councils to improve on it.

Perhaps this is the better way, or to coin a New Labour phrase, "the third way"?