Monday saw the launch of Citylink Gold, from the joint Stagecoach and ComfortDelGro Citylink coach company in Scotland. Two existing Citylink services have been upgraded and re-branded 'Gold' using a fleet of new 54-seat, tri-axle Volvo B12Rs with the striking Plaxton Elite body.

Glasgow-Aberdeen and Glasgow-Inverness are the two services affected and the exterior appearance is not the only thing to have changed. Inside, the new coaches boast a fascinating tartan and leather trim with mahogany tables, free wi-fi and, most surprisingly, free refreshments served by on-board attendants. 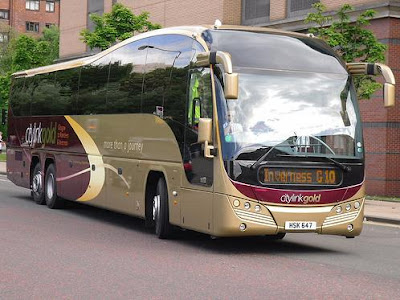 Park's of Hamilton's HSK 647 arrives at Glasgow's Buchanan Bus Station ready to work a Citylink Gold service to Inverness
Both routes aim to offer travel times comparable to competing rail services but with fares available from just £4. Journey times between Glasgow and Aberdeen are just under 2:40 and those between Inverness and Glasgow will take as little as three 3:23. Services are provided by Park's of Hamilton and Stagecoach. 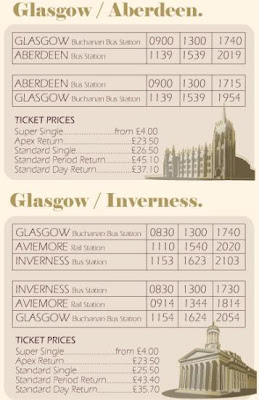 Initial Citylink Gold timetable & fares
The Scottish Citylink brand was once under the control of National Express, who chose to relinquish the entire operation when they were the successful winners of the Scotrail franchise post-rail privatisation. They were not allowed to operate both the national coach and rail networks. NX subsequently lost Scotrail to First and has very little presence in Scotland now, save their urban bus network in Dundee.

Rivals First and Stagecoach are both based in Scotland and have competed at local level on many occasions, both in this country and abroad. With Stagecoach and Singaporean-based ComfortDelGro providing the new Citylink Gold service, it puts them in direct competition with Scotrail. Yet Stagecoach's Brian Souter and ComfortDelGro's Jaspal Singh were very careful not to mention this in their press statements. 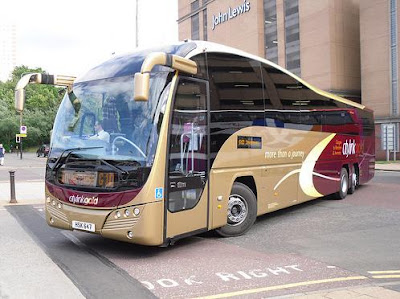 The bigger goal, of course, is modal shift from commuters and leisure travellers in cars.

It is a fascinating venture. Both the leather tartan interior which really suits the coaches - it's been specially designed by The House of Edgar - and that on-board attendants have been re-introduced. A few months ago we commented on how rare this re-introduction is and how First have been the only operator to have done so. Not anymore. 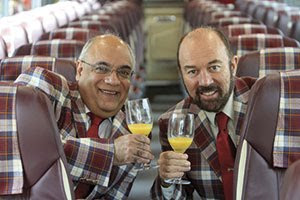