The UK's largest bus company, National Express West Midlands (NXWM), is offering its drivers a cash lump sum and in return is asking them to accept a reduced hourly rate of pay and a reduction in annual holiday entitlement. This deal is not dissimilar to that entertained by British Airways, and akin to the offers, both companies are not thought to be performing financially well, too. 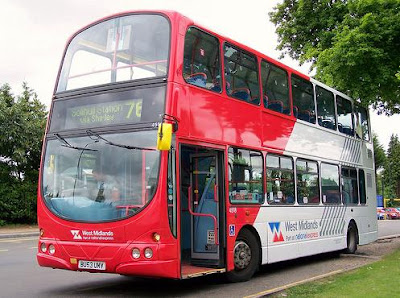 NXWM believes that £10.60 per hour is currently above what the West Midlands average is for a bus driver and so has made its voluntary offer to those who it believes can afford to take a cut in hourly pay
(Photo: Quality Photo Man)
A NXWM driver on the upper pay grade receives £10.60 per hour and is afforded 25 days' holiday per year. The offer that's been made is to give each driver a lump sum of £1,500 in return for a cut in hourly pay to £9.40 and the number of holiday days drop by five to 20 p/a.

A reduction of £1.10 per hour, as is the case, multiplied by a 40-hour week, sees drivers' weekly gross earnings reduce by £44. As a very rough ball-park 'guestimate', multiplying this by 52 shows the annual drop in wage: £2,288. What we don't know is whether the £1.5k lump sum is gross or net, though we suspect the former. Either way, the potential savings for drivers on this upper tier is eaten up in less than a year as a result of the cut in hourly pay; and we've not even factored in the loss of five days' holiday a year.

It's difficult to see why any driver would accept this deal. We understand that the majority of NXWM drivers are not on the upper tier grade and so won't be directly affected by this specific offer. NXWM claims that there are numerous pay grades within its business and the remainder are well below that at the top. NXWM feel £10.60 is above the market place pay rate for a bus driver in the West Midlands, which is why they've opted to single the specific pay grade out.

Those on lower pay grades are to be offered similar deals, too. We understand that the offer being made is completely voluntary and at no point (now) will this offer be forced on any employee. Perhaps the fact the voluntary offer is so financially unrewarding is specifically why NXWM is not tying it up in official pay negotiations? The company can't be too bothered about its plethora of pay grades as it isn't expecting to reduce any as a result of the offer. 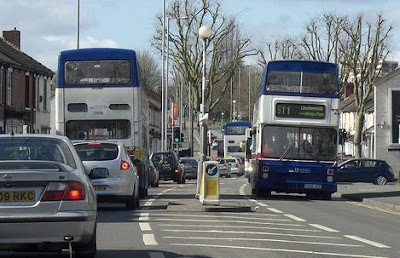 This is what the streets of Birmingham used to look like, though sadly not anymore. Drivers who drove these stalwarts for the longest are those who are now paid the greatest - and those who have the biggest decision to make regarding NXWM's voluntary offer
(Photo: Lady Wolfrun)
On the plus side, many families or couples could do with £1.5k right now. Is it any worse than borrowing money to purchase a sofa and over the duration of the loan end up paying back double the sofa's worth? Perhaps the most obvious difference is that the pay grade will never revert back to its current standing, or, extending the analogy, means you'll never stop paying for the sofa, long after it's been taken to the skip.