Tuesday morning saw alterations to the fares structure operated by council-owned Reading Buses. Berkshire's largest bus operator has reduced the number of zonal fares outside its Reading and Newbury built-up areas, and reverted to a more specific A-B pricing plan. 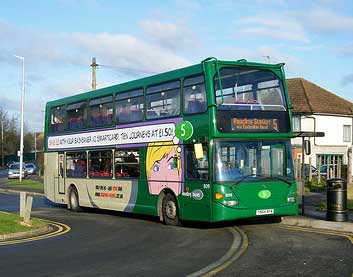 It's unusual in this day and age for an operator to go from zonal fares to those calculated between two named points, as the freedom, or perceived freedom for passengers reduces, yet in many cases the equivalent fare does not. This shouldn't detract from the main fares offered by Reading Buses to its passengers, which continue to be zonal, based on the operator's urban credentials.

Why has Reading Buses abolished their rural zonal fares? It rather unusual to see such a fare structure like this outside the urban area, as the frequency and density of operations in-the-sticks do not match those in towns and cities, so many passengers could be charged disproportionately more than their city-dwelling counterparts. Not that this would deter an operator from imposing zonal fares rurally. Rural living costs are rising faster than urban and it is rural bus services that are subsidised the most - the bill footed by town and city dwellers. A lot of Reading Buses' rural network is operated commercially, with subsidy coming directly from potential profit. 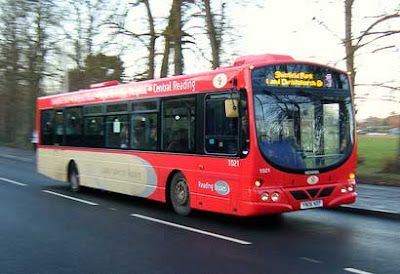 Despite claims by the operator that the abolition of its rural zoning will lead to some fares reducing for a number of popular journeys, overall passengers will see big increases to their journeys, which will need to be paid for on an A-B basis. Fares within Reading and Newbury are to rise well above inflation, with the weekly SmartBus ticket, offering unlimited travel within Reading, rising by £2 to £13. A reduction of £3 is available for those purchasing in advance, but only for the next fortnight.

The company's entire ticket range has been re-named SimplyBus, with a dedicated website (with a rather lacklustre landing page) that depicts the zoned areas and what's on offer
elsewhere. 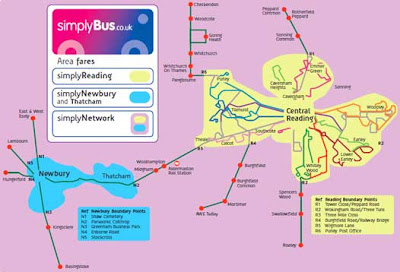 What does this all mean? To us, we believe it shows Reading Buses is really struggling to cope in the current financial climate. They do not have the size and weight to command the economies of scale the 'big five' manage, be it the purchase of fuel or the cost of a new bus. Their council budget will, like many of those up and down the country, be held static for the new financial year and in the face of rising costs, additional savings will need to be made. 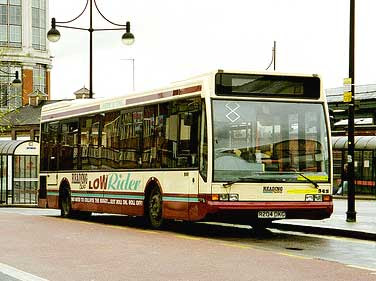 There comes a point when the only option left is to pass this onto the passenger. Removing zonal fares for their rural areas, coupled with urban fare rises well above inflation, may be one of the few viable options left.