Yesterday saw the annual Cobham 2010 Running Day, with vehicles displayed at the Wisley Airfield and a shuttle service ferrying visitors between here and the Cobham Transport Museum. Last year, to celebrate 30 years attending bus and coach rallies, LEYTR operator Delaine Buses invited m'colleague and I along and we produced an article on the subject for the LEYTR Magazine. This year we went solo and thought we'd show a selection of photos from yesterday: 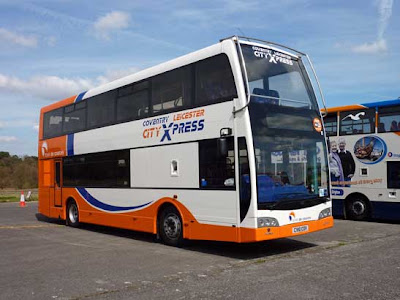 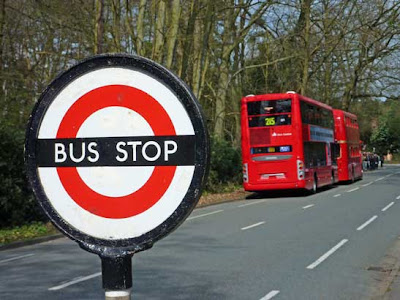 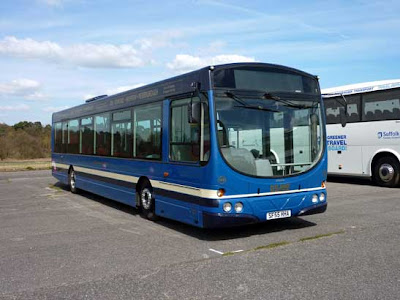 The second-oldest bus company in the UK is Delaine Buses of Bourne, who brought a recently-acquired Volvo B7TL (new to Whitelaw, Stonehouse) 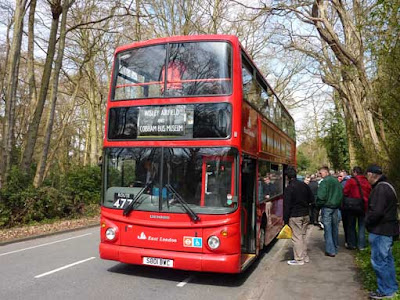 Outside the museum is one of London's first Dennis Tridents - S801 BWC, new to Stagecoach, now preserved by East London 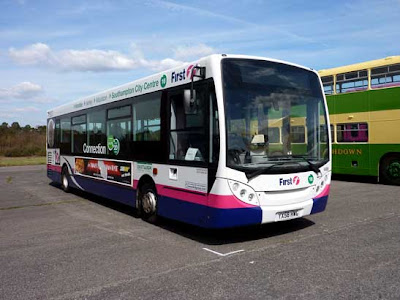 First in Eastleigh operate a fleet of ADL Dart/Enviro200s on Service 18. Eastleigh is of course a Mecca for rail enthusiasts 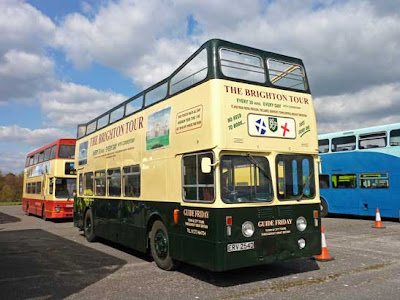 Guide Friday tours often use ageing vehicles, none more so than that used in Brighton - this 1966 Leyland Atlantean, new to Portsmouth 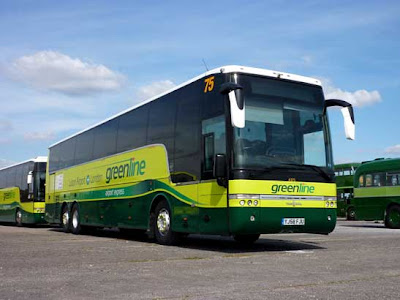 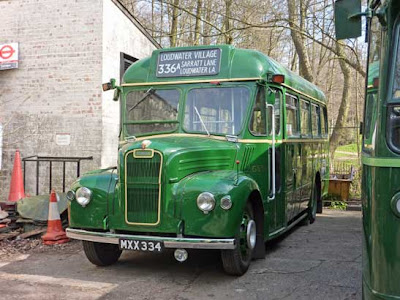 A little older is this 1953 Guy/ECW, seen at the museum 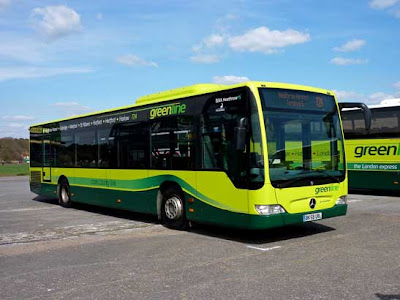 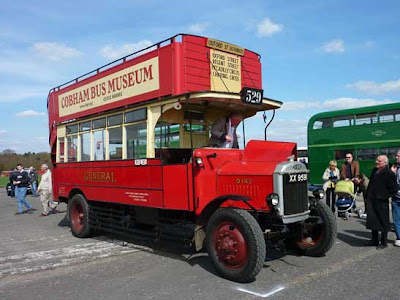 From one of the newest to one of the oldest - London General-liveried Dennis 4-ton with Dodson body, built in 1925. While I was stood here, the driver attempted to start it using the handle at the front, but to no avail 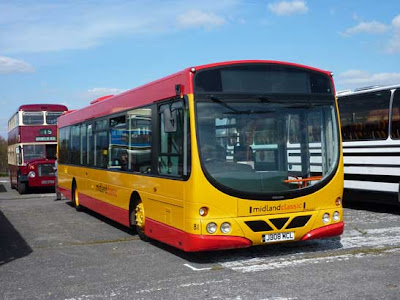 Midland Classic has recently acquired a Scania/Wrightbus, which looks very smart in the company's colours 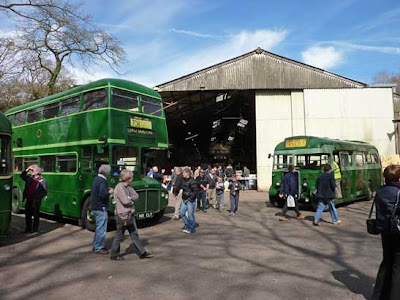 Just under a dozen Greenline vehicles were parked outside the rear of the museum, providing a unique shot, especially since by this time next year the museum will have moved to new premises 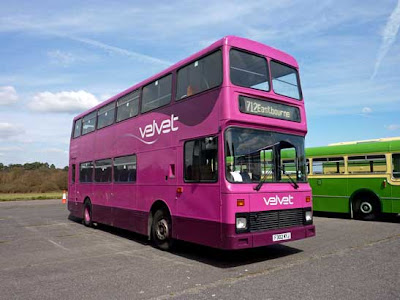 The South Coast's 'smooth operator' brought a couple of vehicles; seen here is one of Velvet's Northern Counties-bodied Volvo Olympians 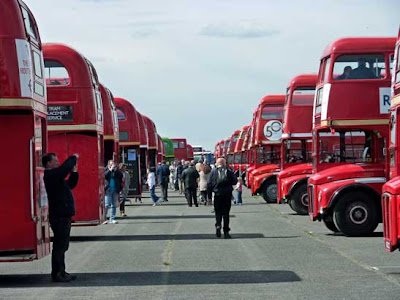 Routemasters continue to fascinate me (despite not being a Londoner). They were in abundance here 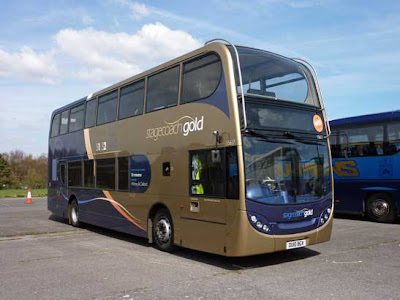 The latest 'Gold' brand Stagecoach has applied is to a selection of rural services north of Oxford. Note the addition of a cream swirl separating the two main colours. Its designer, Mr Stenning, was taking a photo at the same time as me 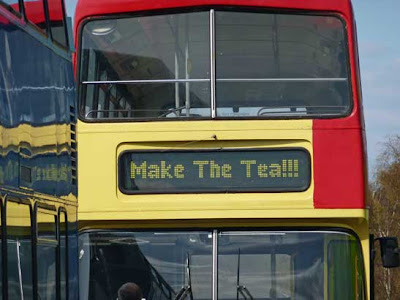 I suppose it's a little more novel than Merry Christmas! 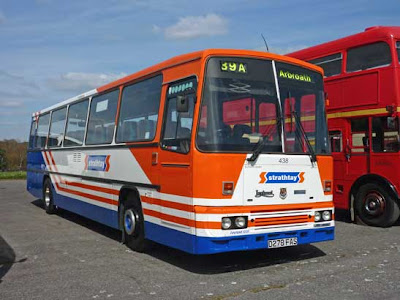 All the way from, er, Chesterfield is this Leyland Tiger/Alexander TE in Strathtay's striking livery 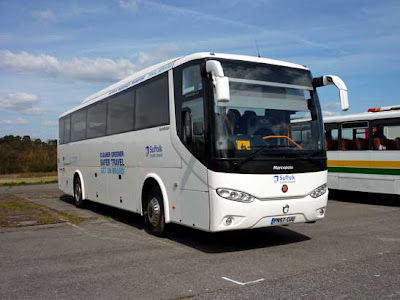 Suffolk County Council is one of a handful of local authorities to own and operate PCVs. Seen here is one of its fleet of Iveco/Marcopolo coaches 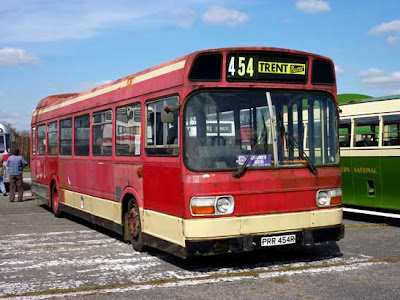 Finally is this Leyland National, new to Midland General in 1976. The bus last operated with Trent Buses and I vividly remember travelling on vehicles of this type in Derbyshire during my formative years!