Following the news on Wednesday that Arriva has been approached by the German state-owned railway company Deutsche Bahn with a view to a possible takeover, we've been musing on the likely consequences should the purchase take place. 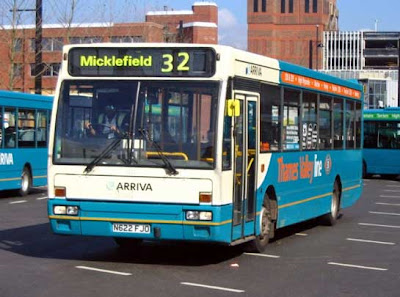 Derby has its own council-owned bus company, Derby City Transport, which ultimately become Arriva Derby, though with the Germans now interested in Arriva, could the city once again have a nationalised bus network? (Not that residents would have any say in how it was run!)
Clearly, the 'biggy' is that the German state would control thousands of buses here in the UK, not to mention Arriva's sprawling European bus and coach businesses. Arriva Trains Wales and CrossCountry rail franchises would become state-owned, albeit German. 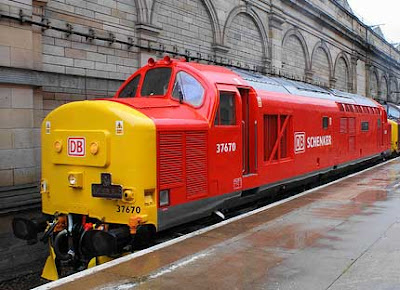 DB's wholly-owned logistic company, Schenker, purchased English Welsh & Scottish Railway (who were actually owned by the Canadians) in 2007 and began rebranding as DB Schenker from the start of last year. The German state has been providing 'freight solutions' here for over 3 years
With this in mind, our thoughts turned to the ongoing inquiry into the bus industry, recently referred to the Competition Commission. The allegation is that the industry is anti-competitive and prevents 'new blood' from entering the scene. Yet despite this, Solent Blue Line and Velvet as well as Oxford City Bus and Stagecoach Oxfordshire have joined forces, with the local authority in the case of the former, to make commonsense decisions on service frequencies and the number of alterations made to timetables. 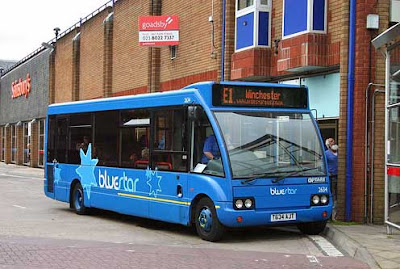 Two Hampshire operators are working together to offer the best deal for passengers, but will the Competition Commission see it like this?
This is being applauded by government on a national level and yet appears to fly-in-the-face of competition. Who remembers bus deregulation in the 1980s, when operators providing joint services were told they had to stop else face the wrath of the authorities. It seems that this mantra is still firmly in the Competition Commission's gaze and yet bizarrely the exact opposite is being encouraged as the 'commonsense solution' by national government in Oxford and Hampshire. 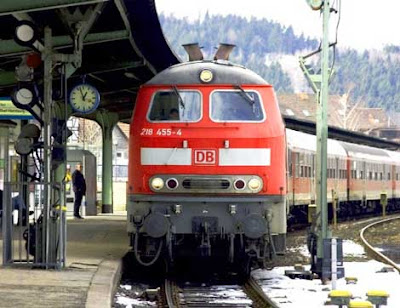 Seen approaching Goslar (near Hannover) is a Deutsche Bahn 218 series - a diesel hydraulic loco, hauling a 'Regional Bahn' all-stopper train service in 2005
Is there enough competition or isn't there? And what the devil will the Competition Commission make of the effective nationalisation of one of the country's largest transport operators, should Deutsche Bahn's advance on Arriva (a pincer movement?) bare fruit?