In a recent post detailing news that Transport Secretary Lord Adonis announced he was willing to offer substantially longer franchises - possibly as long as 22 years - train operating company (TOC) Chiltern Railways got a few mentions, not least because it has a franchise of 21 years.

Seen as a test bed by the now defunct Strategic Rail Authority (SRA) in 2002, a franchise of just over two decades was awarded to the then John Laing-owned Chiltern Railway Company of Aylesbury. At that time, the operator had successfully retained its franchise, being first awarded on 21 July 1996 following privatisation of the rail network, though then John Laing was joined by two partners: 3i and the management team, but took control of the business (84%) in 1999.

The franchise was awarded to Chiltern following an ambitious investment programme submitted at the time of invitations to tender, which saw what was to become known as Chiltern's Evergreen Project. Due to Chiltern's modern, self-contained network (they were the only TOC at the time to run into London Marylebone), such an ambitious project - in partnership with Railtrack - was possible. Within 3 years of first being awarded the franchise at privatisation, 18 miles of single track between Princes Risborough-Bicester North had been doubled. In 2000 a brand-new £4.2 million Warwick Parkway station opened and by 2002 - the time of the first franchise's end, advanced plans were made to double the single track section between Bicester North-Aynho Junction at a cost of £53 million. 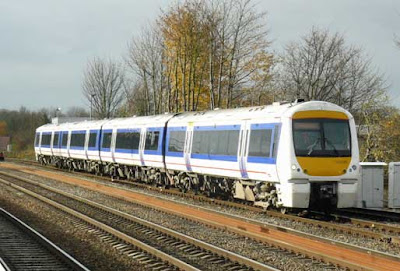 Chiltern operates 54 trains: 35 Class 165s, 18 Class 168s and the only Class 121 'Bubble Car' used in passenger service, 55020.
Such immediate investment was very rare immediately post-privatisation, yet Chiltern, in partnership with Railtrack (the latter was recompensed for their work with a revenue-sharing deal), threw themselves into their operation in a way no other TOC did. Another factor that went in Chiltern's favour was that their infrastructure was particularly modern - this section of line having been renewed by British Rail (BR) in the company's twilight years.

The whopping 19-year franchise awarded to the incumbent in 2002 did so with the promise of Evergreen 2, which was completed in 2007. Plans included the expansion of Marylebone station with two additional platforms constructed - the first at any London station to be added since BR days - extra signals were introduced between Bicester-London and an increase in line speed at Beaconsfield. Evergreen 2 was procured by Chiltern Trains using the 'design, build, finance, transfer' (BDFT) model, which we believe to be the first time this has been applied to the rail industry.

No other operator was undertaking infrastructure renewals to this extent, though not for the want of trying. With the collapse of Raitrack and removal of Connex and the administrative changes made by the DfT that saw the SRA be replaced with the Office of Rail Regulation, the government tended to air on the side of caution when franchises were invited for tenders, choosing to offer durations around the eight-year mark. Clearly, for the level of investment needed to undertake comparative work to Chiltern's (Evergreen 2 cost £70m, the initial Evergreen cost £66m), more than 8 years would be needed - much more.

In 2008 Chiltern's interest in new open-access operator Wrexham Shropshire & Marylebone Railway (WSMR) came to fruition, as the country's newest TOC commenced services on 28 April that year, primarily plugging a gap in the marked identified when Virgin Trains ended its direct London-Shropshire trains in 2000. Also in 2008 John Laing sold out to the German State Railway company, Deutsch Bahn (DB). During 2009, DB announced it plans to transfer the operation of WSMR to Chiltern Trains at some point this year. 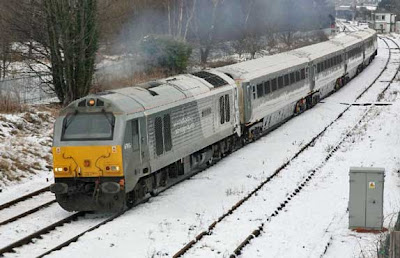 At some point during 2010 the operational responsibility for WSMR will pass to Chiltern.
2010 started with the much-trumpeted £250m Evergreen 3 project, with Chiltern's Chairman Adrian Shooter and Lord Adonis detailing what is to be undertaken. The headline is a new, direct Oxford-London Marylebone service, utilising a stretch of route first upgraded by Chiltern and Railtrack in 1998: Princes Risborough-Bicester North. Chiltern described this ambitious project as 'the largest domestic passenger infrastructure project to be funded without recourse to taxpayer funding since before the Second World War'.

Chiltern is to pay its contractor to effectively build a new line between Bicester Town-Haddenham & Thame Parkway and to upgrade the existing stretch of line between Bicester Town-Islip-Oxford. A new station was Water Eaton Parkway is also planned, between Oxford and Islip. Network Rail will reimburse Chiltern in stages and will eventually take ownership of the line. Completion is planned by 2013, *crucially* giving Chiltern at least 9 years to reap the benefits of their investment before worrying about having to bid to retain the franchise. 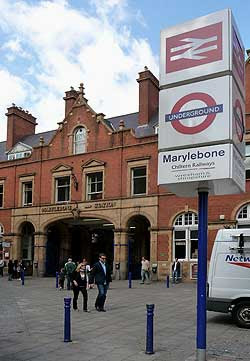 London Marylebone is a small affair, literally tucked away behind residential housing; you could easily miss it!
Evergreen 3 is to take place in two stages, the first being to upgrade the Marylebone-Birmingham Moor Street main line, with alterations to journey patterns which Chiltern believes will improve peak-hour journey times by an average of 22% by 2011. Stage 2 will see a junction upgrade take place at Bicester and the existing Oxford-Bicester Town line upgraded to see the new Oxford-London trains run by 2013.

Crucially, the £250 million Evergreen 3 project is funded without public subsidy and is a massive showcase for what can be achieved with lengthier franchises. This is not to say that offering, say, Transpennine Express a 20-year franchise would reap similar benefits; Chiltern, as mentioned earlier, benefits through a modern, virtually self-contained operation and simple London terminal station. Upgrading existing infrastructure is one thing, reconnecting towns, cities and villages and providing brand new journey opportunities is another. Extended franchises should surely look at the latter point and the innovations that can be had here than by a TOC promising to scrub its platforms until they shine.
Posted by LEYTR