We've not covered anything from Merseyside to date so thought we'd give a mention to a new, innovative scheme that will be in operation in a year's time and will see a total of 18 stations on the Merseyrail network offer secure cycle storage facilities.

It's a move that the bus industry is starting to cotton on with: increase provision for cyclists and expect to reap the financial rewards.

The Merseyside scheme is a joint venture between Merseyrail and Merseytravel that has seen its bid for £1 million to install these secure cycle facilities at key stations approved. Merseyrail is to become a national Cycling Demonstration Train Operator. 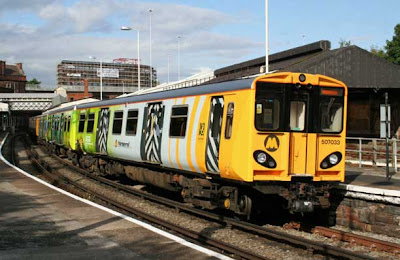 This electrical multiple unit Class 507 is as old as one of your editors - though looks in better shape, wearing a special European City of Culture livery for events in Birkenhead, taken last year.
The cash has come from the DfT through its Cycling England organisation, having additionally been supported by Sefton and Wirral borough councils, and will allow Merseyrail to provide secure cycle storage facilities on two lines of route for all stations between Southport and Blundellsands and Crosby stations on the Northern Line and for all but one station from Birkenhead Central to Hooton on the Wirral Line.

A cycle hire and cycle repair facility at Southport station, in partnership with Sefton Borough Council, will also be formed.

In keeping with other train operating companies, Merseyrail already affords each of its trains four free cycle spaces at any time of day. The 18 stations in line for this £1mil windfall will benefit from a range of new measures, including cycle storage, racking systems and/or secure lockers. 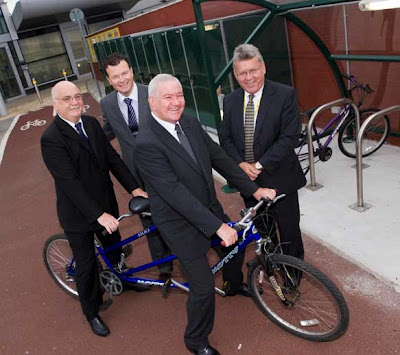