East Thames Buses to be sold

It was announced yesterday that the board forming Transport for London (TfL) intends to sell its wholly-owned bus company, East Thames Buses (ETB), to Go-Ahead's London General Bus Company.

The sale has been done to sure-up funding for TfL, who also made headlines yesterday for the level at which its spending had been tightened. The Board claim that over a nine-year period, a total of £30 million is likely to be saved by TfL through selling ETB to the private sector.

The date London General is expected to acquire the business has been set for September, after which routes 1, 42, 108, 132, 180, 185, 201, 661, 669 and N1 will start to acquire their variant of the London bus livery. A total of 113 buses, equipment and associated assets have been acquired by London General in the transaction. 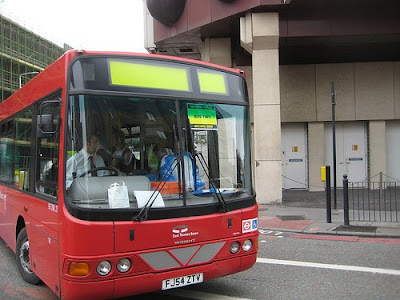 The sale concludes just over 8 months of consultation, with TfL first seeking responses to a possible sale in a document it released last December. ETB traces its routes back to erstwhile London bus operator Harris Bus, whose demise came in December 1999, following the company's liquidation and collapse. Then, no privately-operated company was willing to take on the stricken company and its associated vehicles and routes, so the undertaking was taken in-house by TfL, who assigned it the ETB name.

All ETB drivers will be transferred over to London General, retaining their pay and conditions in the short term at least. (GWB)