With a little over a dozen fewer entrants compared to last year's event, the excellent weather more than made up for the shortage of vehicles. Last year we visited on the Saturday; this year the Sunday would be sampled. 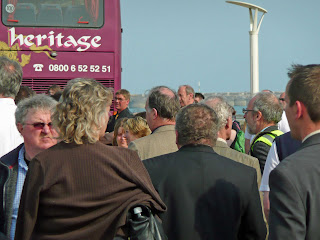 Spectators and the trade press were in abundance at the event.
At 1300hrs the vehicles undertook their second driving tests over the weekend, with precision being needed, as ever, by those behind the wheel. Last year's operator we chose to spotlight, TM Travel, was not in attendance this year. 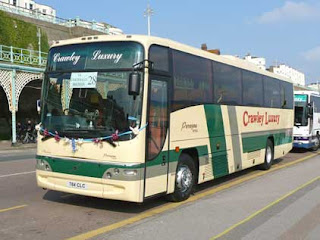 Crawley Luxury's Darren Brown drove this vehicle better than anyone else at the event, earning himself the Coach Driver of the Year Award. Please ignore the italicised (illegal!) number plate.
The weather ensured a greater number of spectators were present compared to last year, despite the reduced number of entrants. Another change for 2009 was a different Coach Driver of the Year, with Crawley Luxury's Darren Brown taking the coveted title from Bibby's of Ingleton's Chris Bibby, who'd won last year and in 2007. 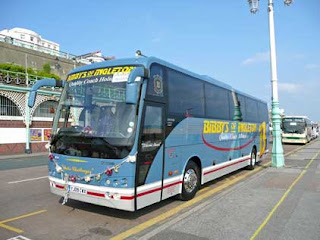 The Best in all Classes award went to Bibby's of Ingleton - a regular award winner here.
Coach of the Year went to Parry's International for their incredibly sublime Van Hool-integral Astron T9 in the company's distinctive maroon livery. Although the top prize alluded Bibby's of Ingleton, they did win the Best in all Classes and the Peter Bostock Trophy. 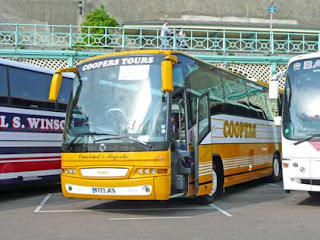 They have a small depot in Grimsby, but don't keep anything as prestigious as this vehicle there: Coopers Tours' Beulas.
The LEYTR area was not represented this year, although Coopers Tours of Killamarsh entered two vehicles (both of which won a trophy each); neither are based at the firm's Grimsby depot though. (GL)