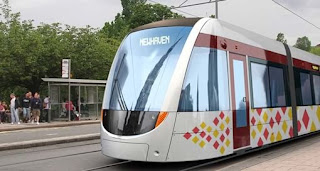 Although it's not yet built, Edinburgh councillors have chosen to merge its flagship bus company - the largest council-owned bus fleet in the land - with its arms-length tram promoter, Tram Initiatives Edinburgh (TIE). 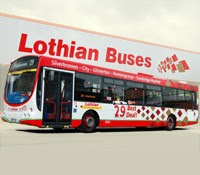 What's particularly strange about the decision to merge Lothian Buses with tram operations in the city is that the latter network is to be operated by French group Transdev. With work on the tram network coming to a halt mid-way through digging up the famous Princes Street in the city centre, Edinburgh City Council has indicated that it could sell some of its shares in the Lothian bus business to increase the £500 million it has already pledged to the scheme.

With the merger now very likely between Lothian and Transdev through the TIE, it could well be that Transdev gets its foot in the municipal bus-operating door in Scotland's first city, as it has done in Nottingham, being a minority share-holder in Nottingham City Transport.

There are challenges to overcome first, such as a plethora of legal hurdles to pass, including ministerial consent to pass Lothian Buses' shares to TIE.

In Nottingham, the city council (NCC) there indicated last week that when its Nottingham Express Transit Phase 2 is complete and operational, it wants a single operator to take over the running of everything. As Transdev currently operates NET Phase 1, it would be well-placed to operate everything else, as per NCC's requirements. Having a 35% stake in the council's bus company wont do the firm any harm, either! (GWB)